The snow kept falling yesterday and we ended up with a foot. We both headed out for rides to enjoy the new snow hitting some St. Germain, Eagle River, Sayner, Arbor Vitae, Lake Tomahawk and Sugar Camp trails. The Eagle River and Arbor Vitae trails I rode had been groomed while most of the St. Germain ones had too. However, none of the Sugar Camp, Sayner or Lake Tomahawk ones I rode were groomed. The groomed ones were nice and smooth. They had a very soft feel to them with the new snow. I’d rate these as good to excellent. The trails that hadn’t been groomed were a mess (in a fun way). While they were fairly smooth, the few riders that were on them had ridden down the middle on straight stretches and cut the corners. This left the sides and outsides of the turns a foot or more of virgin snow. Snow was coming over the hood and I was looking like a snowman. Did have to continually stop to move branches from the trail that came down with all the snow and even did my best to move a tree that was bent over across the trail.

Everybody wanted more snow and now we got it, 23 inches in the past 8 days. As traffic increases some of the snirt from before will get mixed in and corners will get pushed out and icy. Heavy traffic will lead to bumps and moguls. Once these trails get groomed a couple times and packed in you’ll find some great conditions.

Just a comment or two on some safety issues. 5 sledders died this past weekend in WI. Two of them were hit by vehicles on state highways. We’re not sure what happened but lets use this as a reminder that whether you ride fast, slow or in between, stop signs mean stop and look both ways before crossing a road or driveway. Also, with all the snow we’ve gotten there’s a lot of high snowbanks limiting visibility for vehicles pulling out of driveways or roadways. So if you’re on a plowed road trail slow down and be aware someone pulling out might not be able to see. 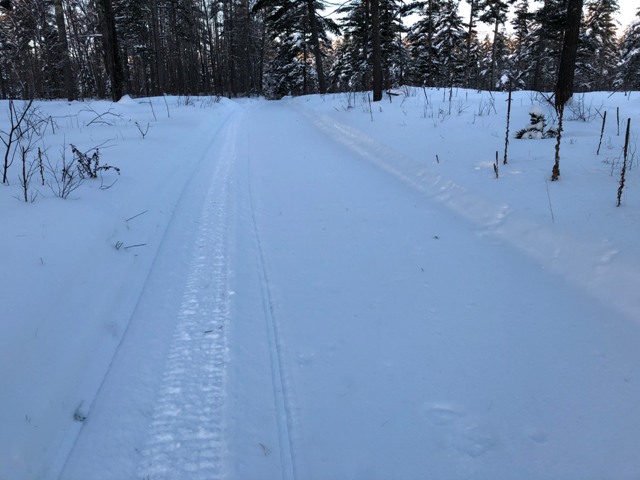 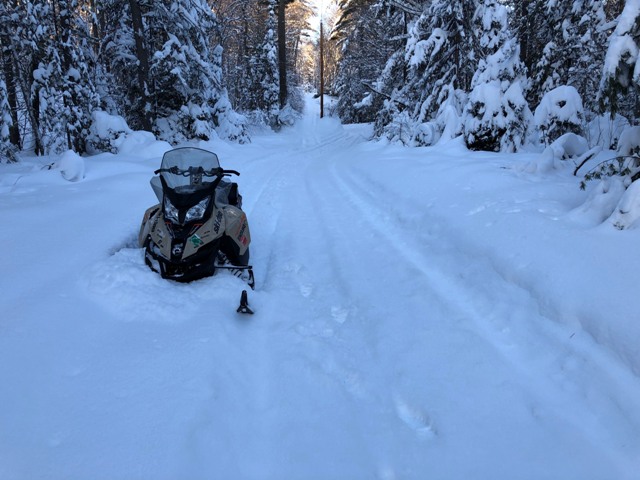 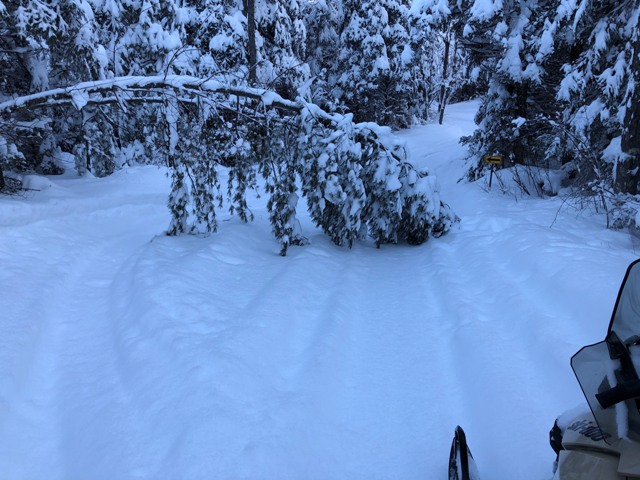 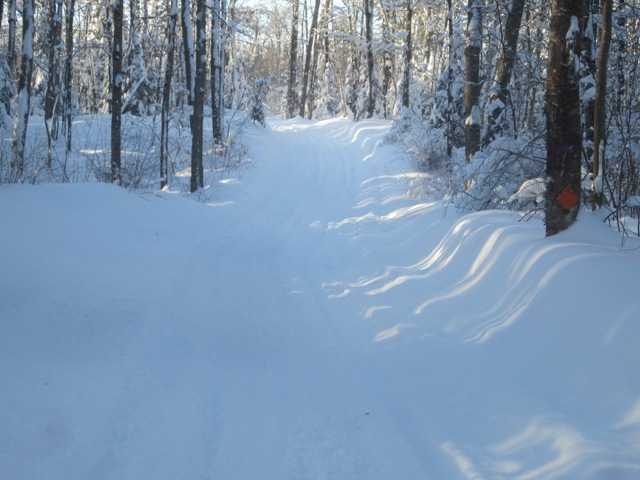 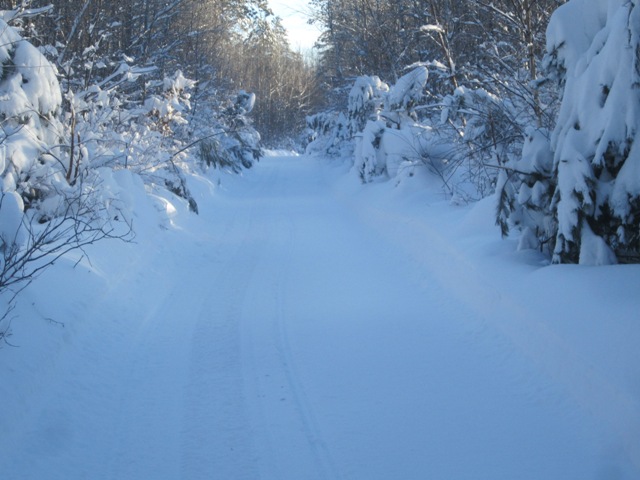 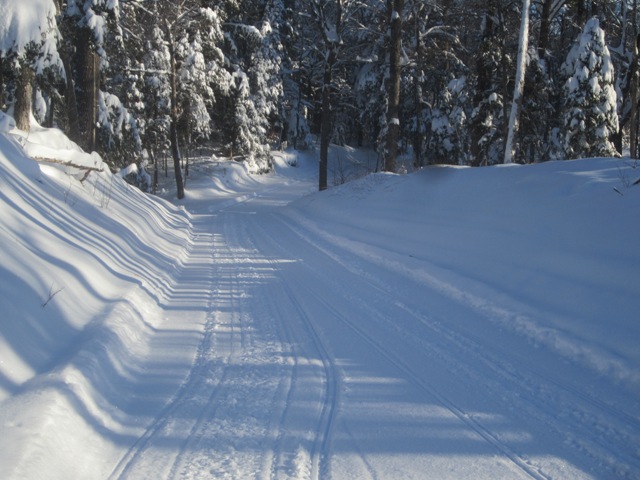