The drizzle and light rain continued most of the day yesterday. That combined with temps in the upper 30’s gave the snow we got Sunday night a lot more moisture and settled it down from 3-5 inches to mainly 2-3 inches. Any trail that was packed down by a groomer last night is freezing up solid as temps are slowly falling today.

We both headed out for rides hitting some St. Germain, Eagle River, Conover, Sayner and Arbor Vitae trails. All of the trails we rode were groomed. I did pass by a Lake Tomahawk trail at an intersection which hadn’t been groomed so didn’t go that way. Things were packed and froze in pretty tight. Ice scratchers helped but still the sleds were still running on the warm side without much loose snow for cooling. As more sleds are out this shouldn’t be as big of a factor. We’re going with an overall fair/good rating. You’ll see everything from some poor areas, some fair areas, lots of good and some very good to excellent. The carbides did scrape in some spots but not too much as most areas have a decent base. Some trails had a rough feel today as the wet snow froze up. Most were fairly smooth with some bumps in areas – mainly where the ground is rough and a lot of snow is needed to fill in ruts and uneven terrain. Some trails were all white and very nice while some do have some snirt coming through.

Most plowed road trails have an ice base with little to no snow on them. Did find some that had bare pavement in areas.

Even though it was a wet snow, there was drifting on the lakes so some are bumpy. The wind also blew all the snow off some lake access points so you’ll see some bare ground on those.

This snow was really needed after the warm up last week. Most trails improved and with another grooming or two, we expect majority of trails to be in the good category. Of course some more snow would be nice. 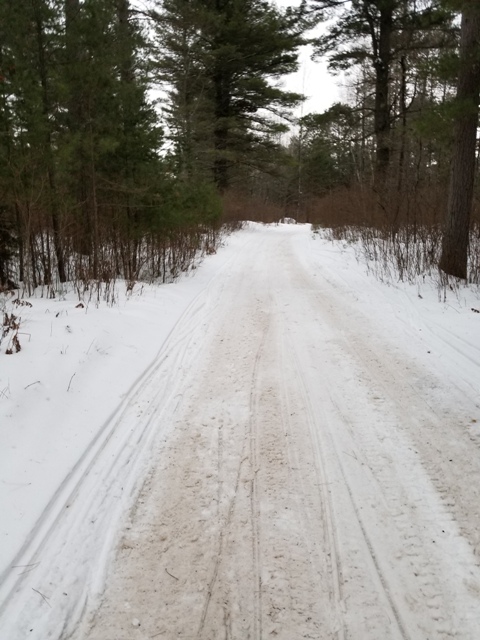 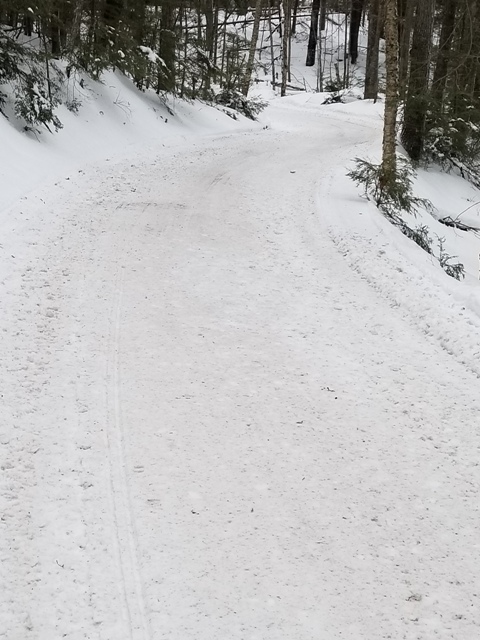 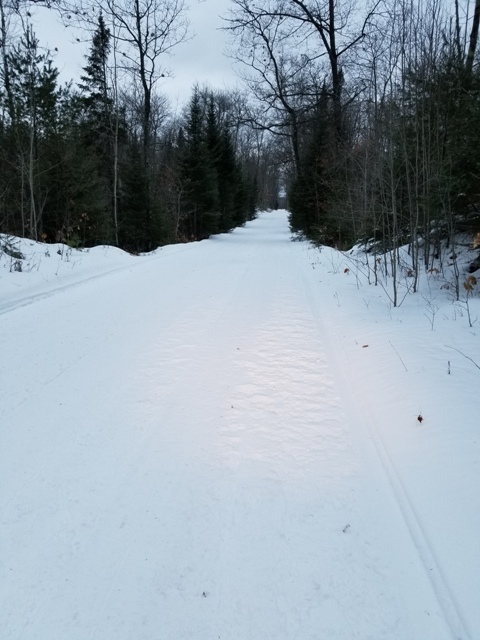 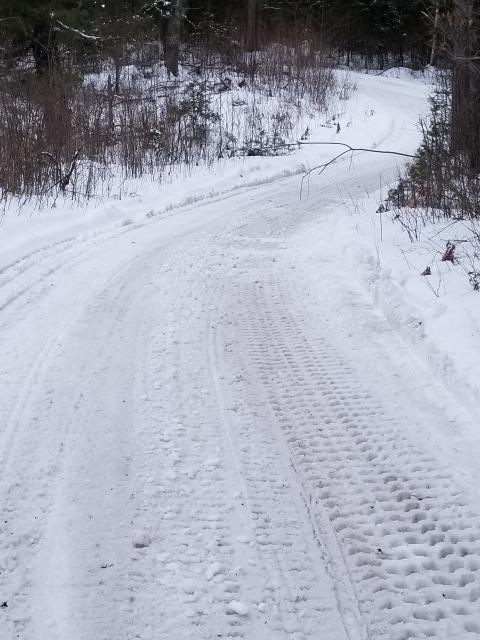 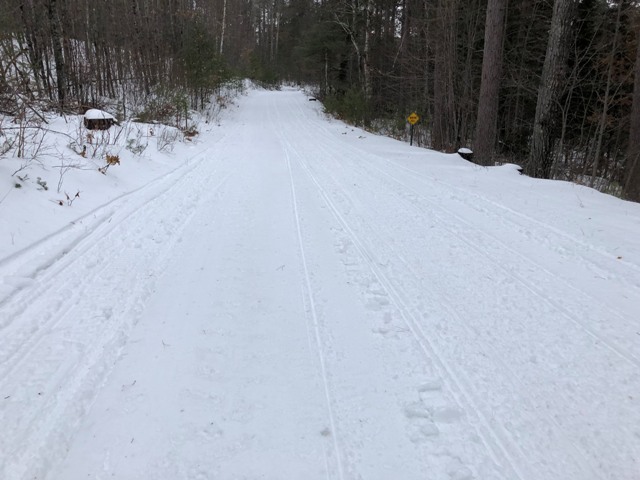 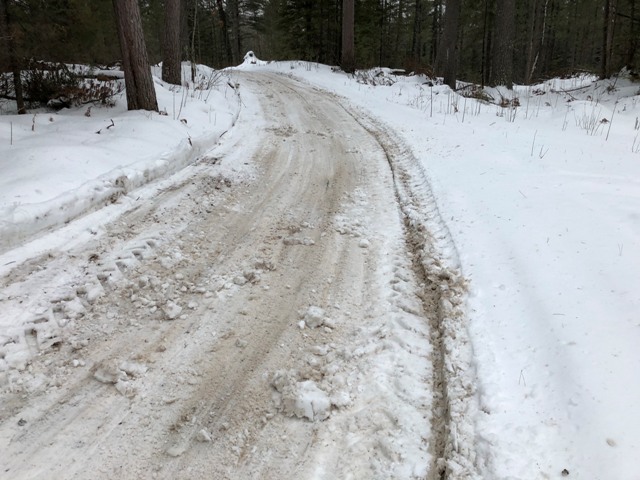 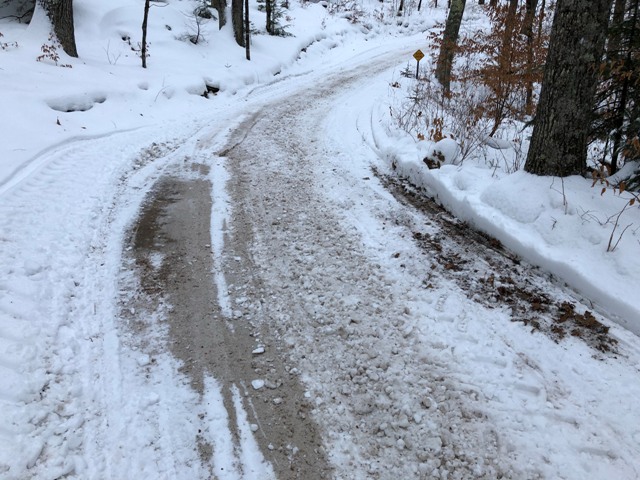 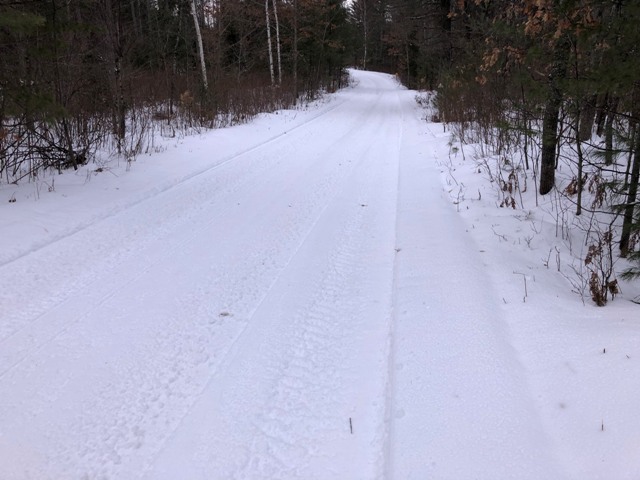