After Thursday night’s half inch of snow we had snow showers (some mist/drizzle mixed in too) on and off through yesterday. It added up to another 1.5 inches of snow which helps but we still need more.

I headed out for a short ride to see how things are hitting some St. Germain, Eagle River and Sayner trails. I’m giving the trails an overall poor rating. There were some decent stretches but most are poor to fair. Carbides scraped a lot – both in corners and on straight stretches. The decent stretches I found were wide trails in open areas. Any narrow trail or ones in the woods were mostly poor with some straight stretches being fair. Some corners are pushed out making them thin on snow and/or icy.

I was on one plowed road trail. It looked like there was an ice base but my carbides scraped quit a bit.

The good news is that lakes are in good shape. They are smooth with enough snow.

Note: Vilas County trails are open but Oneida county trails are still closed and the DNR is issuing tickets to people riding on them. The confusing part is that some clubs have trails in both counties. Most of St. Germain trails are in Vilas county but some aren’t (for example, the trail along the power lines behind Spangs restaurant is in Oneida county) If you do ride, be sure to look at a map to see which county a trail is in.

I did take pictures today and will put them on the report but am hesitant… With the light snow showers, some trails look better than they are in the pictures. 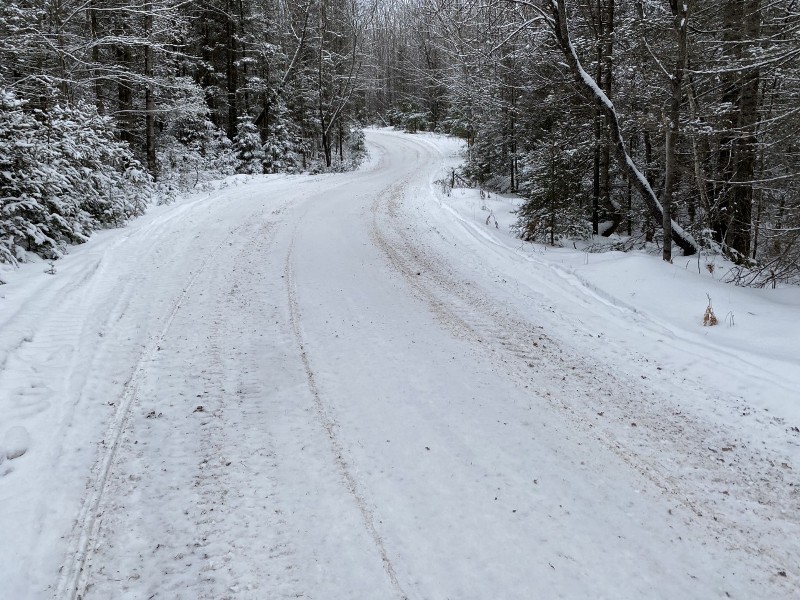 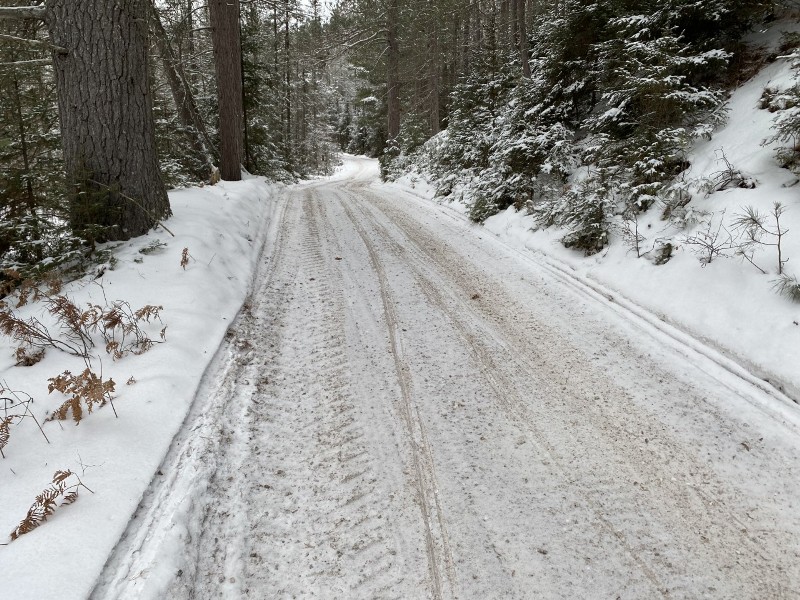 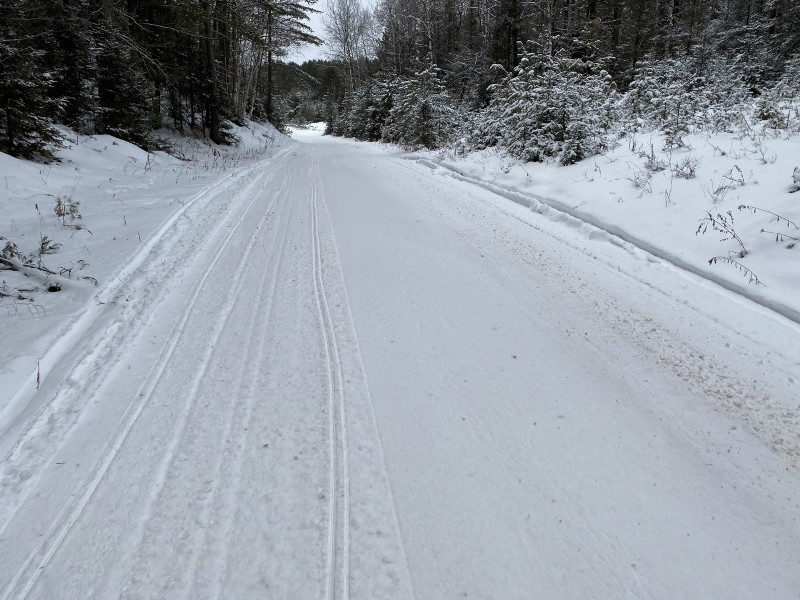 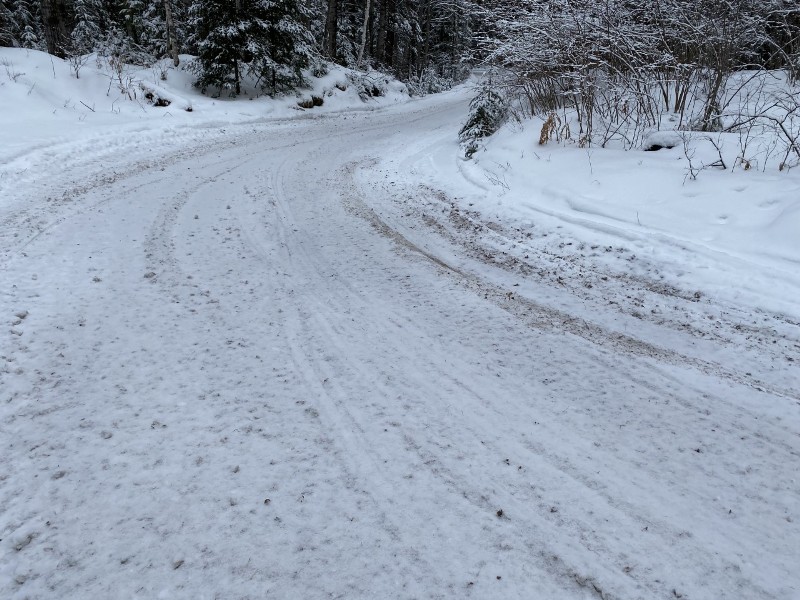 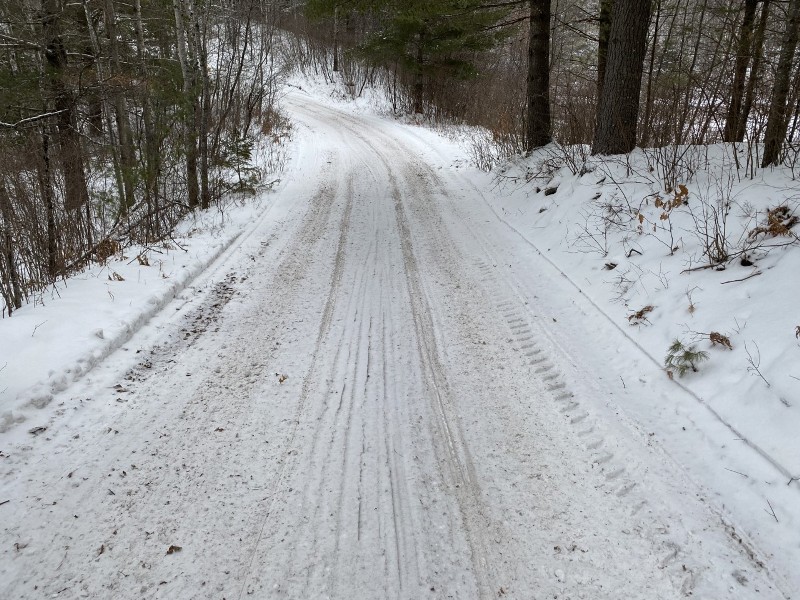 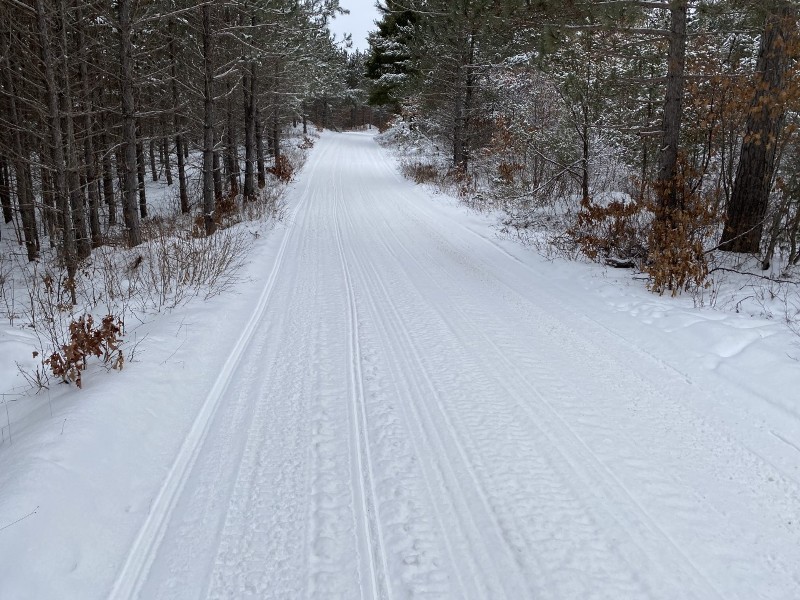 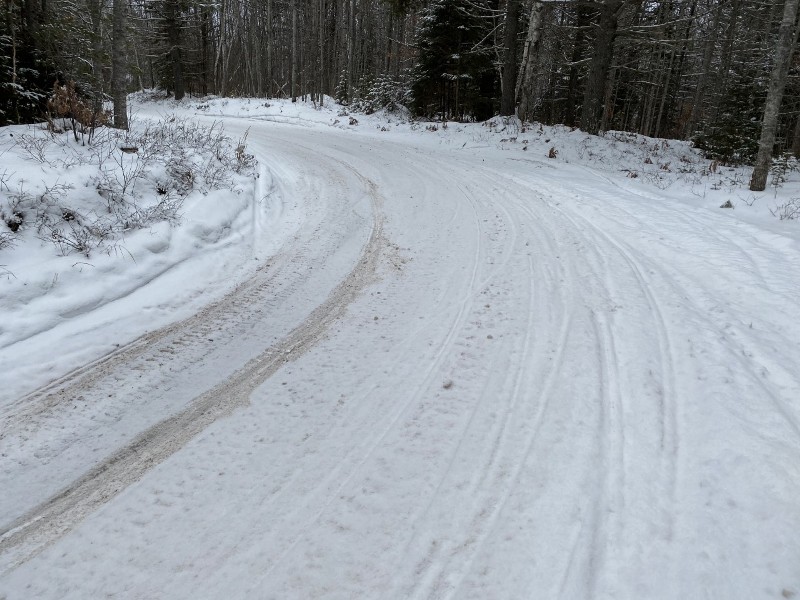 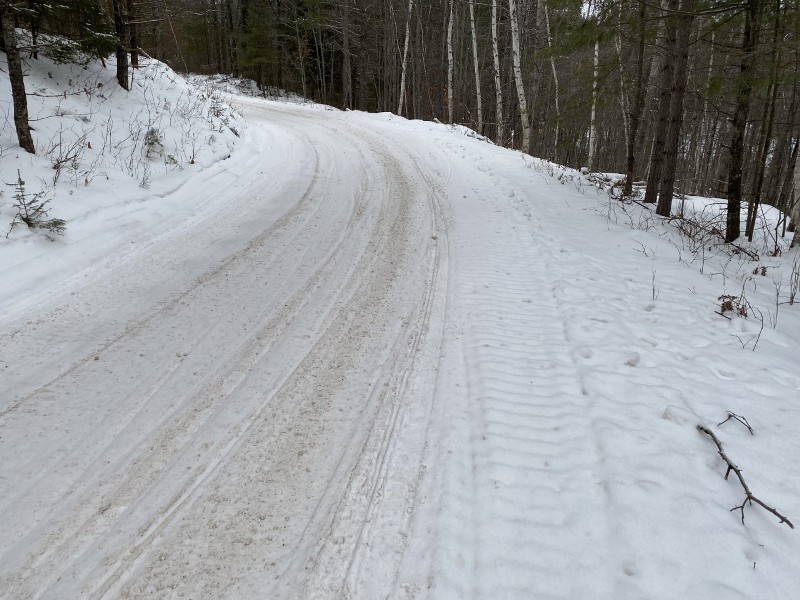 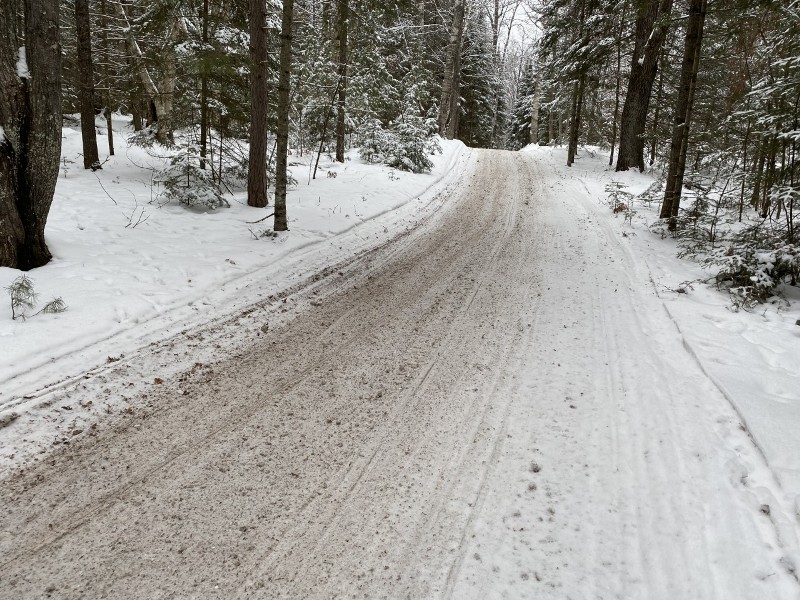