I headed out for a ride hitting some St. Germain, Sayner and Eagle River trails. The Eagle River and Sayner trails I rode had been groomed and were smooth. The St. Germain trails I rode hadn’t been groomed. This is 3 days in a row that St. Germain hasn’t groomed and their trails ranged from pretty smooth to bumpy. After three days of warm temps and sun there are some trails that I won’t ride because they lost too much snow. The Sayner and Eagle River groomers are doing a great job of trying to go wider in an effort to bring some more snow onto the trails. The extra snow is nice but another benefit is I much prefer wider trails so big thumbs up to them. There is a huge difference in conditions from just plain terrible up to some very good stretches. There are some areas that are holding up fine with good snow that make you want to turn around and ride again. Then there are areas down to a mix of bare ground and some snow/ice that make you want to park the sled and not ride. Then there’s the in-between that are fair with a mix of decent stretches and then thin areas. There’s a lot of brown trails, mostly from snirt but some are down to bare ground. Some areas are still white but fewer of these due to the warm temps. Carbides were scraping – a lot on some trails and not often on others. There are some puddles from the warm up.

Some plowed road trails are holding an okay base so carbides won’t scrape much to areas the sun has melted and there’s stretches of bare pavement.

Some lakes are bumpy and if you go off the marked trail there is slush.

I’m going to say that trails are in late season condition. There are some nice trails but others are bad so you’ll hit some of everything. Our trails this season never got a solid base so any warm temps will take a toll more than in other years. Warm temps are predicted to continue – not sure how things will hold up. We need more snow… 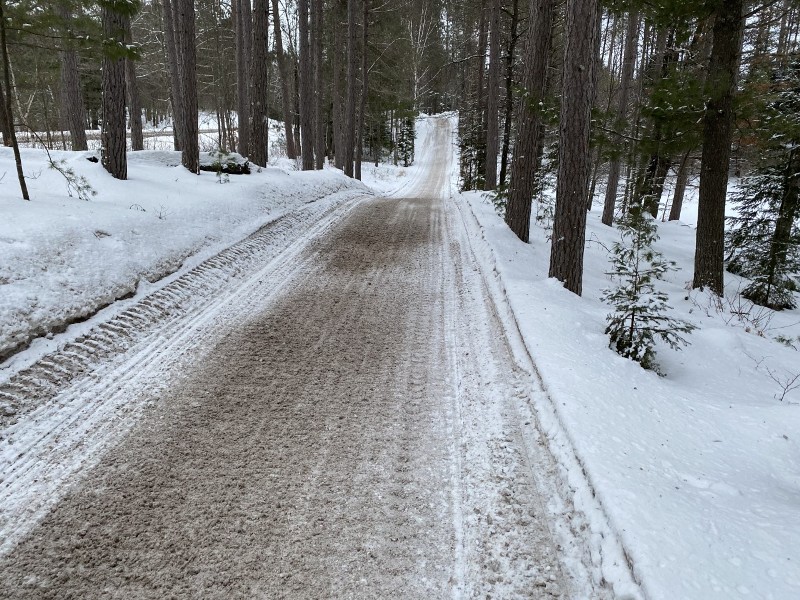 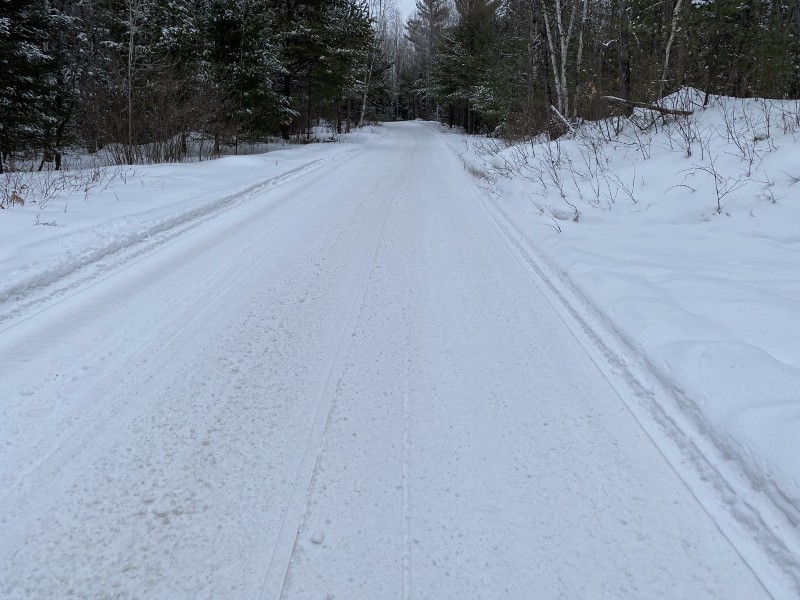 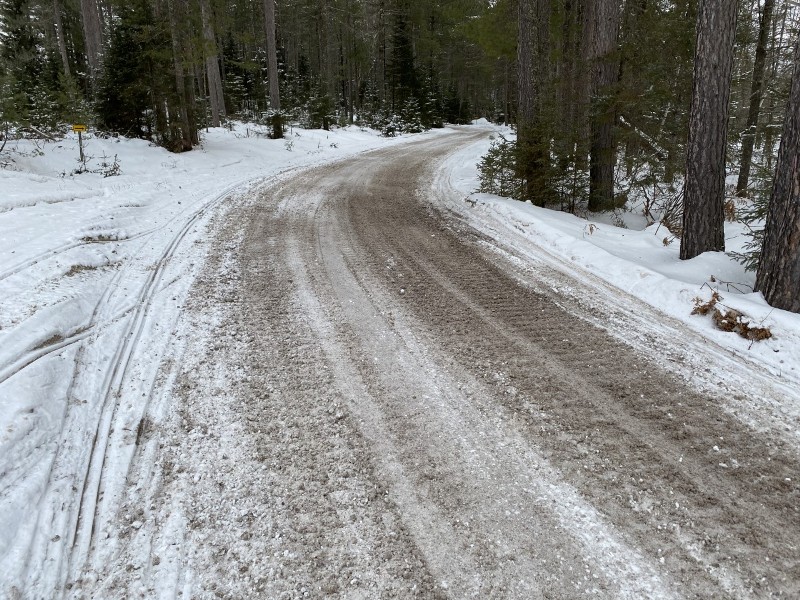 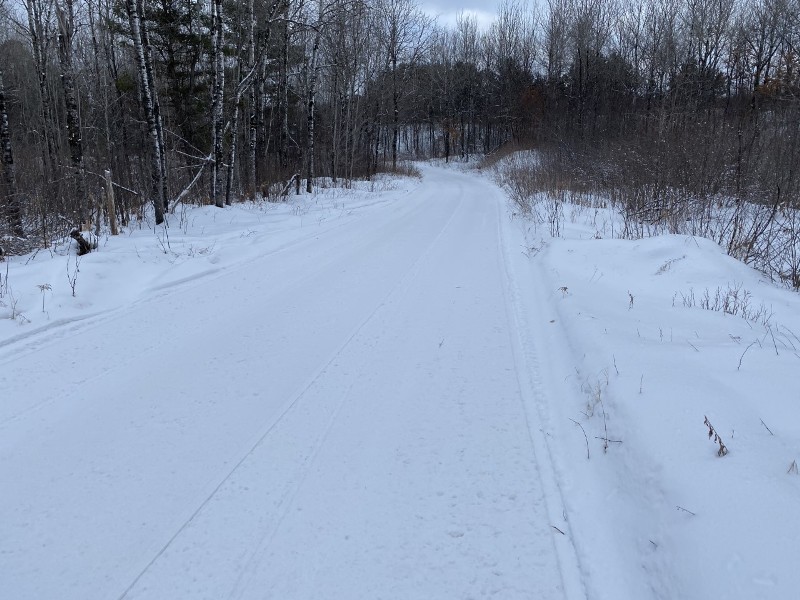 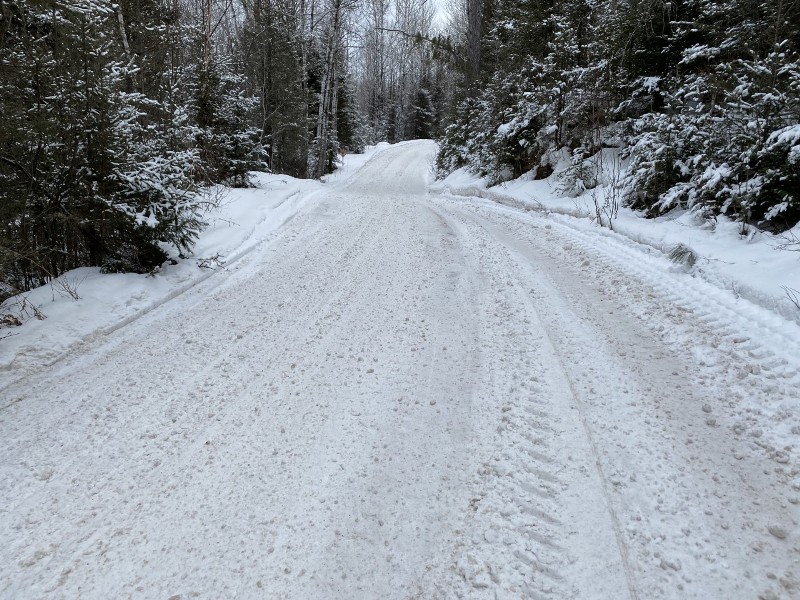 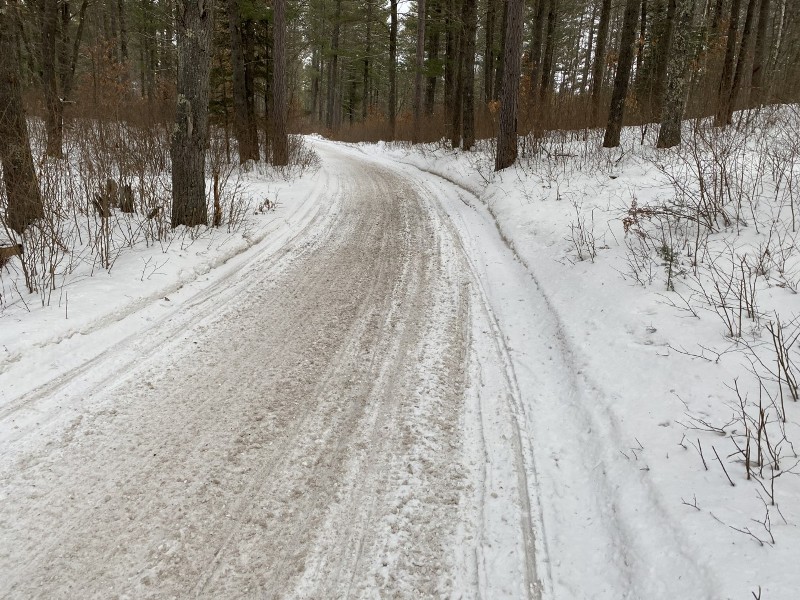