I headed out for a ride hitting some St. Germain, Eagle River, Sayner and Lake Tomahawk trails. The St. Germain and Lake Tomahawk trails I rode had been groomed. Some of the Sayner trails I rode were groomed but others hadn’t (including one that hasn’t been groomed since the foot of snow Tuesday). The Eagle River Trail I rode wasn’t groomed. The groomed ones were so nice. I wanted to ride all day on those trails. These were very good to excellent.  The ungroomed ones are getting bumpy and some corners are getting pushed out and icy. I did scrape the carbides a few times. Trails that had snirt before have it mixing in again but they’re whiter than before. Branches continue to break off from the ice and snow falling on the trail so I stopped many times to move them. 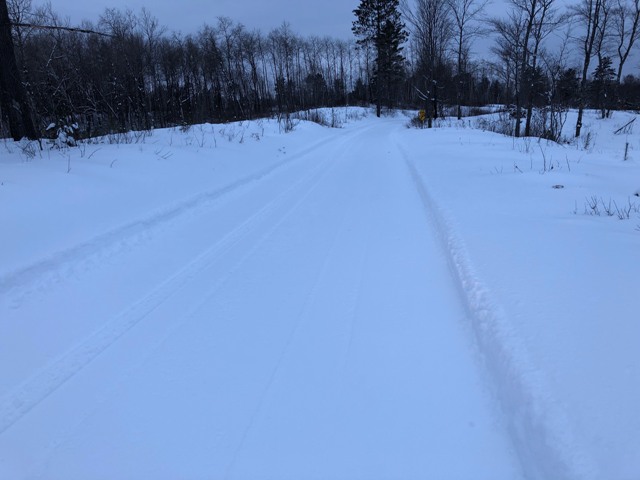 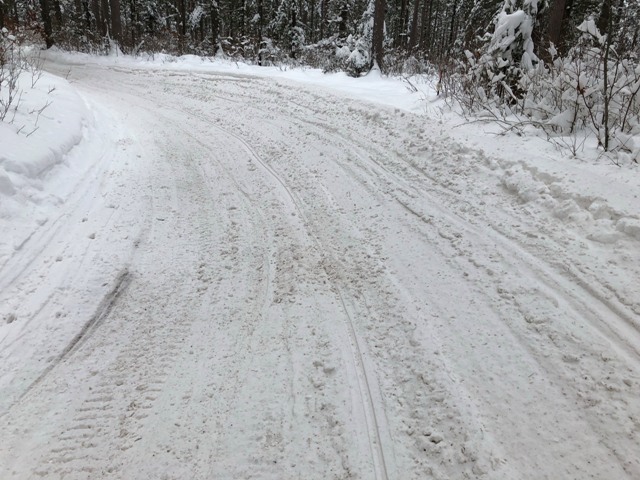 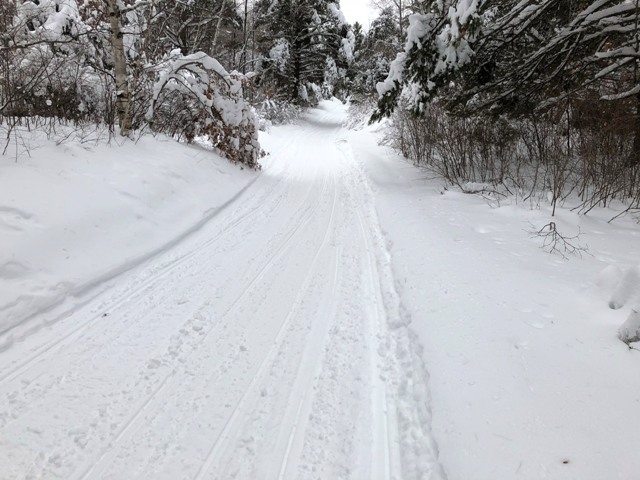