We picked up 5 inches of snow over the weekend. I went out for a ride hitting some St. Germain, Eagle River, Sayner and Lake Tomahawk trails. The St. Germain trails I rode had been groomed. Most were smooth and packed in tight with the cold temps last night. Some had some late night riders who must’ve been disgruntled packer fans which decided to take out their frustrations on the trails – as those were pretty beat up and undid what the groomer had just done. I tried to ride into Eagle River trails but gave up after about a mile of moguls and turned around to go another way. The Sayner and Lake Tomahawk trails I rode hadn’t been groomed and were getting bumpy. Traffic was heavy over the weekend and it did show on the trails. They had more wear. There are more areas with snirt making the trail brownish but still plenty that are white with good snow cover. There are some corners getting pushed out making them icy and/or thin on snow on the insides, but plenty are still in good shape. My carbides scraped a few times on corners but not too much. I’m going with an overall good rating on the St. Germain trails. The others I rode get a poor to fair rating based on the bumps – they have plenty of snow, just need to be groomed. 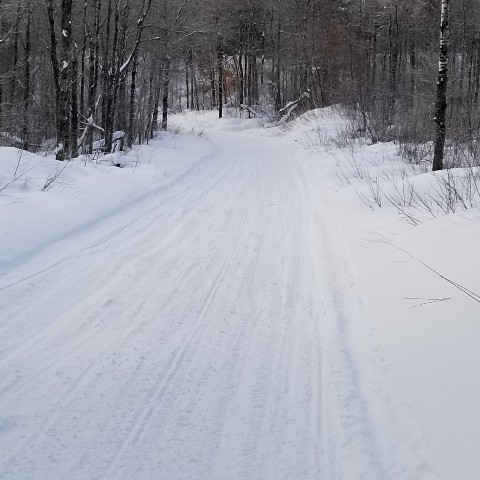 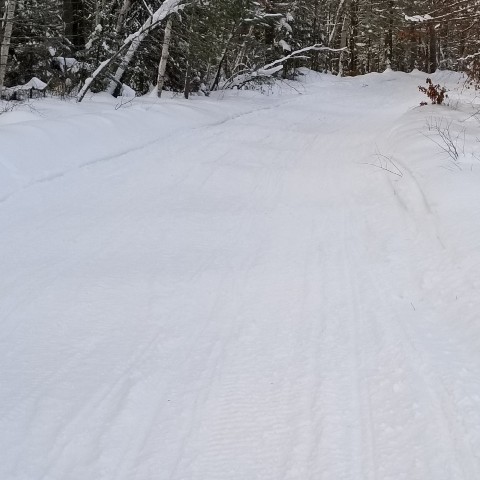 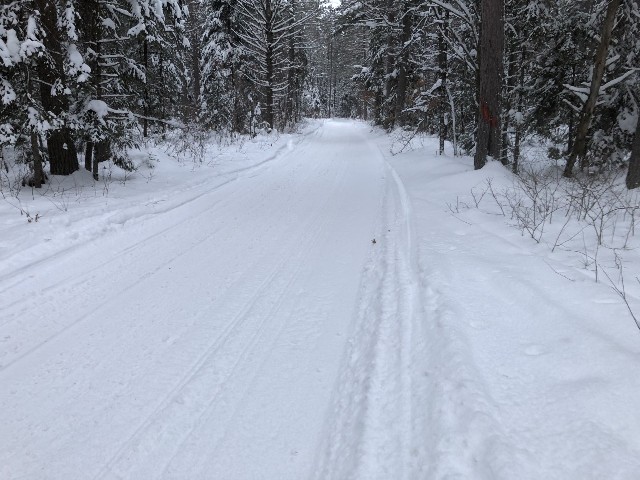 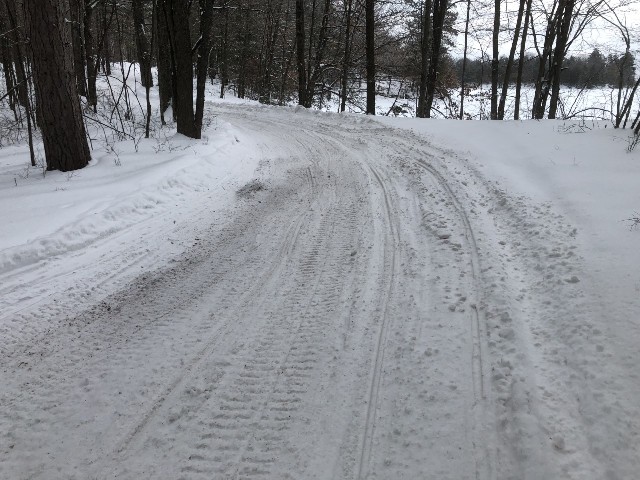