I headed out for a ride hitting some St. Germain, Sayner and Lake Tomahawk trails. The St. Germain trails I rode had been groomed except for one which had lots of bumps. Some of the Sayner trails I rode were groomed but others hadn’t. Lake Tomahawk hadn’t groomed but they were overall smooth with some chop. The groomed trails were packed in nice and were smooth. Corners had snow pulled back onto them so hardly scraped anywhere. The Sayner trails that hadn’t been groomed were getting pretty big bumps and some corners were pushed out and icy so I decided to go another way. Trails that had snirt before have it mixing in again but they’re whiter than before. Be careful of branches that have fallen on trails with all the snow and ice on them. Trails are definitely in the best condition they have been all season. Get out and ride and enjoy the nice trails. 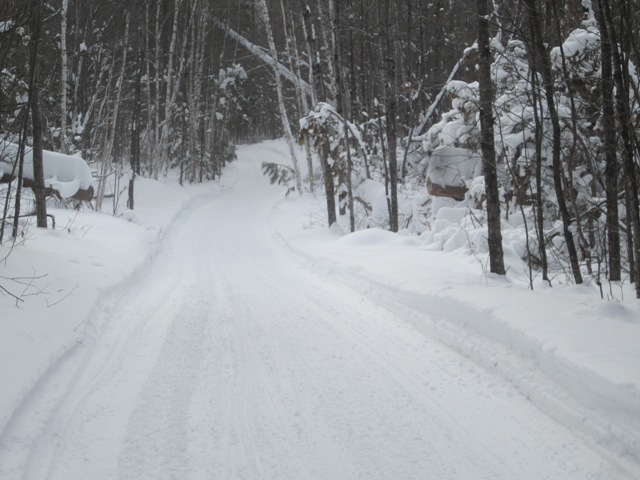 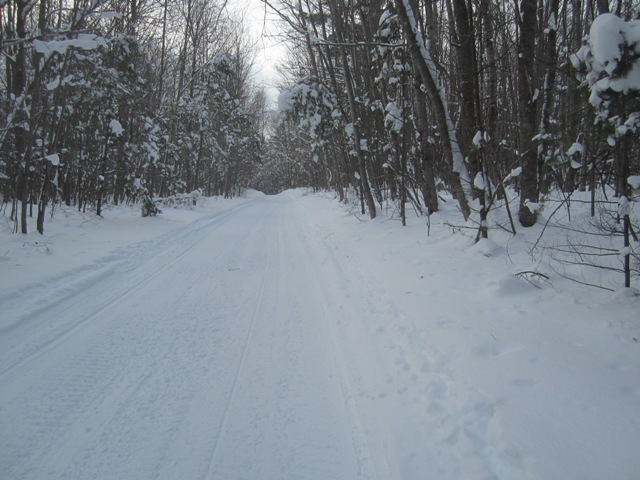