I headed out for a ride hitting some Sayner, St. Germain and Eagle River trails. All the trails I rode were groomed last night. Trails were overall smooth but in areas on the Eagle River and Sayner ones, the groomer wasn’t able to completely knock out the bumps so still had some. Since there was some freezing rain over the weekend the snow on Monday was wet and heavy, there are a lot of trees and branches hanging low over the trails. Trails were set up nice and were packed in better today. I did see some areas have snirt while others are white and beautiful. Some corners are getting pushed out making them icy and/or thin on snow on the insides. My carbides scraped a few times on corners but not too much. I didn’t go over any but have gotten reports from other riders that some swamps have wet areas. I found some stretches that were about as nice of trails as you’ll find which made me want to turn around and hit them again. Traffic is very heavy so expect trails to get beat up as the day goes on.

I’m going with an overall good rating on the trails. There are some fair areas and a few poor spots, but most are good to excellent. Conditions will change throughout the day and trails will get beat up from the traffic. 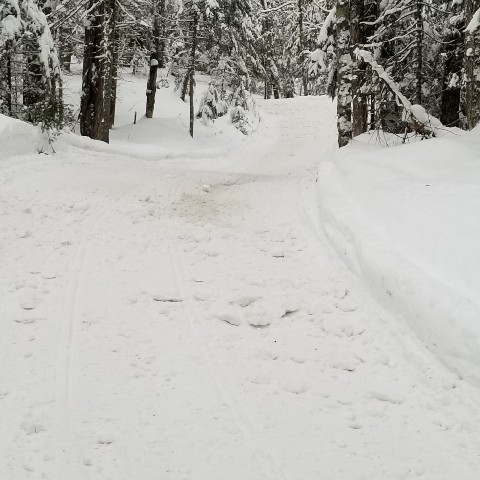 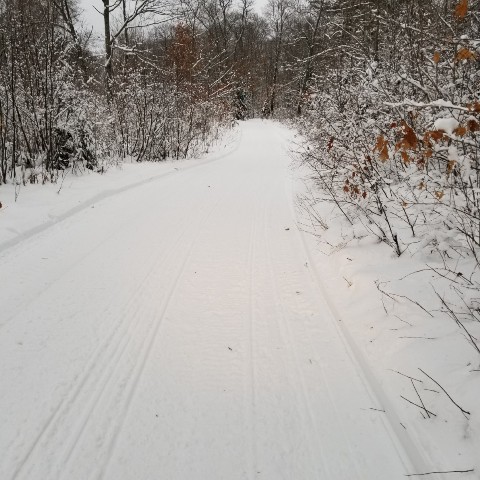 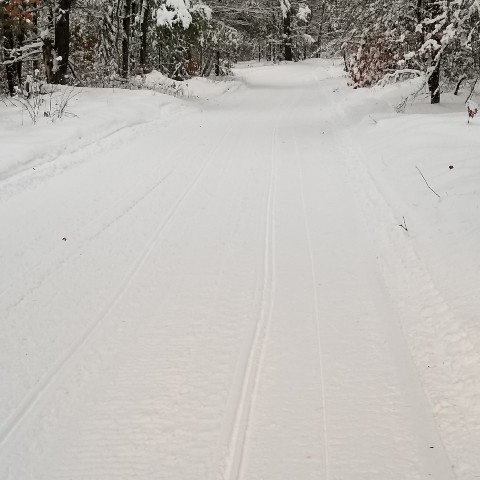