A little light snow fell last night and into this morning but only amounted to a quarter of an inch. We both headed out for a ride hitting some St. Germain, Sayner, Arbor Vitae, Lake Tomahawk and Eagle River trails. Eagle River, Arbor Vitae and St. Germain groomed and were overall smooth. The ungroomed ones were getting bumpy and had more corners pushed out and icy.  It’s hard to give an overall rating to the trails as they vary quite a bit, from poor up to very good. Majority are in the fair to good range. There are areas with plenty of snow in nice condition that you’ll want to turn around and ride again. Then there are trails that are thin on snow and couldn’t wait to get off them. Corners range from poor to good – some don’t have enough snow and the carbides scrape while others have a decent base and no scraping. With more traffic, corners are getting pushed out. Some areas are brown from snirt while others are all white and beautiful. Carbides were definitely scraping more this morning both on thin areas and also on some nice stretches.

The plowed road trails I rode are getting thin in areas so expect more carbide scraping. They have little to no loose snow.

Lakes are getting bumpy in areas and if you go off the marked trail there is slush.

It would be really nice if one of these snow storms would head our way instead to staying south. Some more snow would help the trails.

Note: In the pictures below, some trails will look whiter than they are due to the dusting of snow we received. 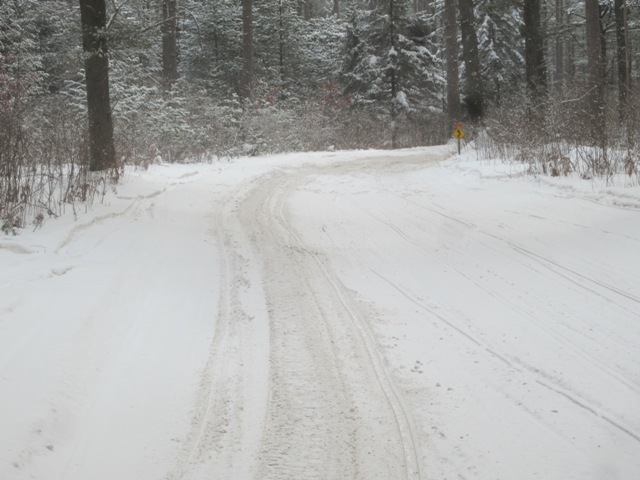 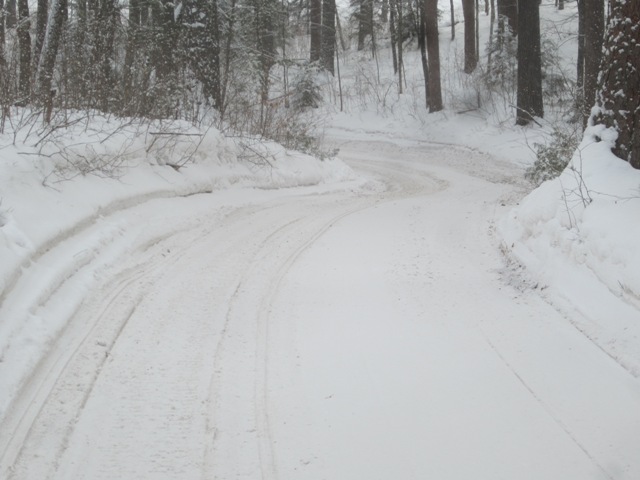 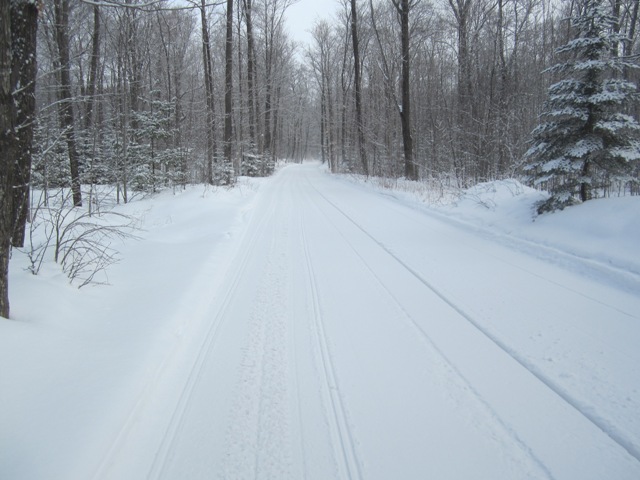 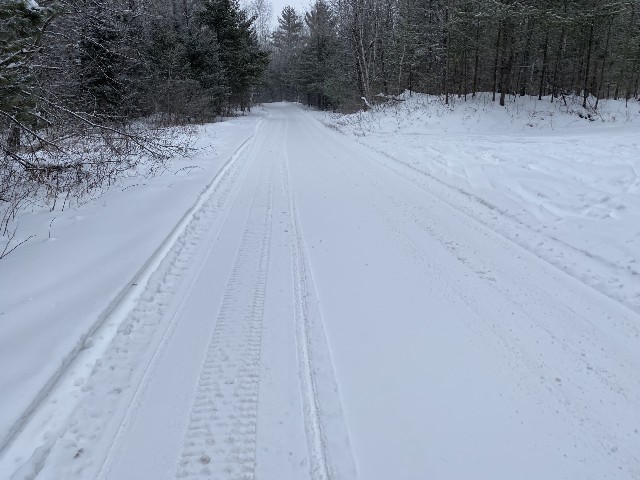 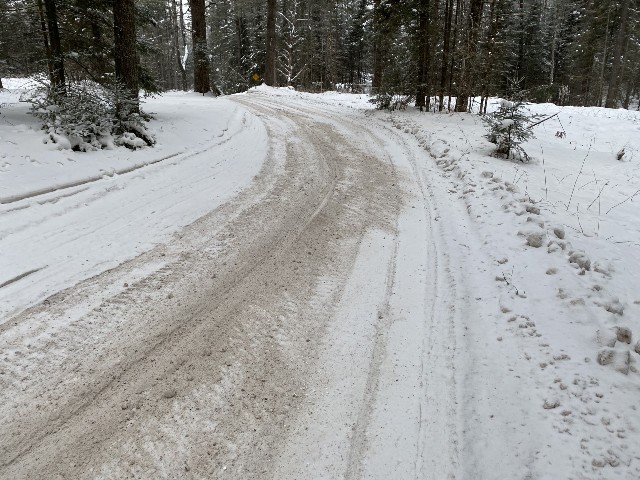 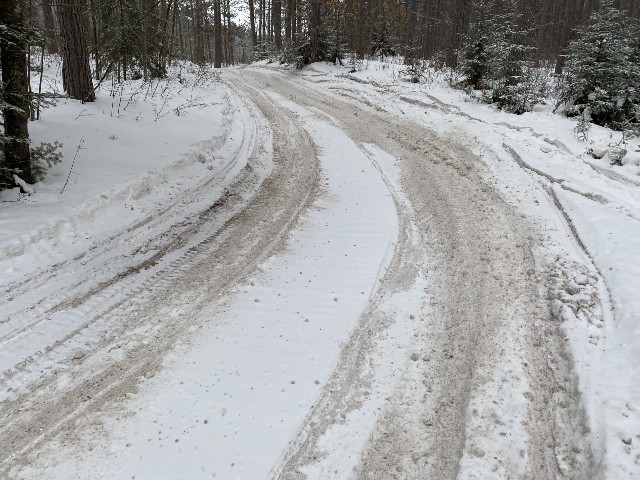 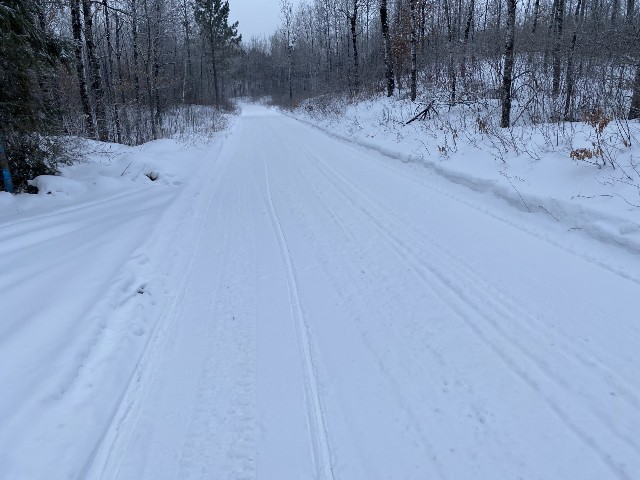