A little light snow fell last night but only amounted to a quarter of an inch. I headed out for a ride hitting some St. Germain, Sayner and Eagle River trails. The St. Germain and Sayner trails I rode had been groomed. The Eagle River ones I rode had been groomed the night before. Trails were smooth overall with a few bumps here and there. They were packed in solid with the cold temps.  It’s hard to give an overall rating to the trails so I’ll try to break it down. Straight stretches are mostly good with some fair. They range from plenty of snow to a little thin with minimal carbide scraping. Corners range from poor to good – some don’t have enough snow and the carbides scrape while others have a decent base and no scraping. With more traffic, corners are getting pushed out. Some areas are brownish from snirt while others are all white and beautiful. I found trails that were really nice and made me want to ride all day and others that were thin so the carbides scraped making me cringe.

The plowed road trails I rode are getting thin in areas so expect some carbide scraping. They have little to no loose snow.

Lakes are getting bumpy in areas and if you go off the marked trail there is slush.

Trails are the best we’ve seen so far this season so get out and ride.

Note: In the pictures below, some trails will look whiter than they are due to the light snow we received. 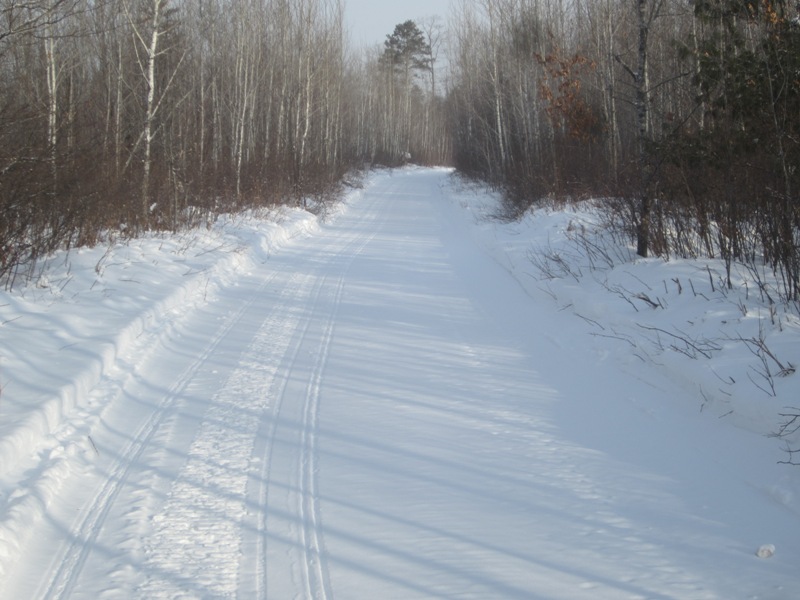 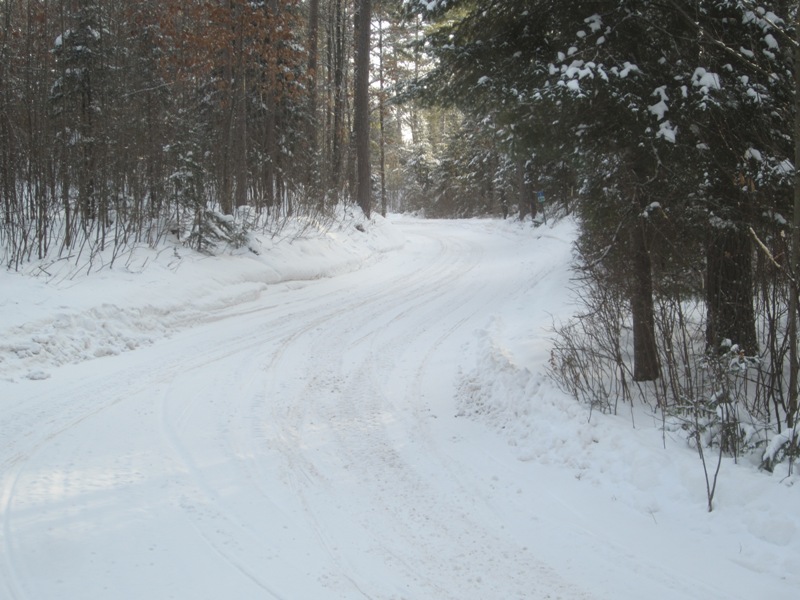 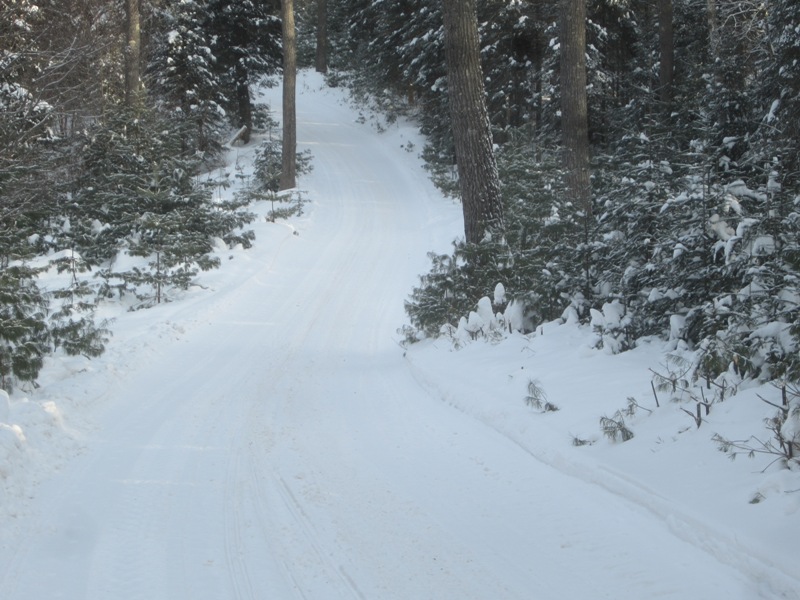 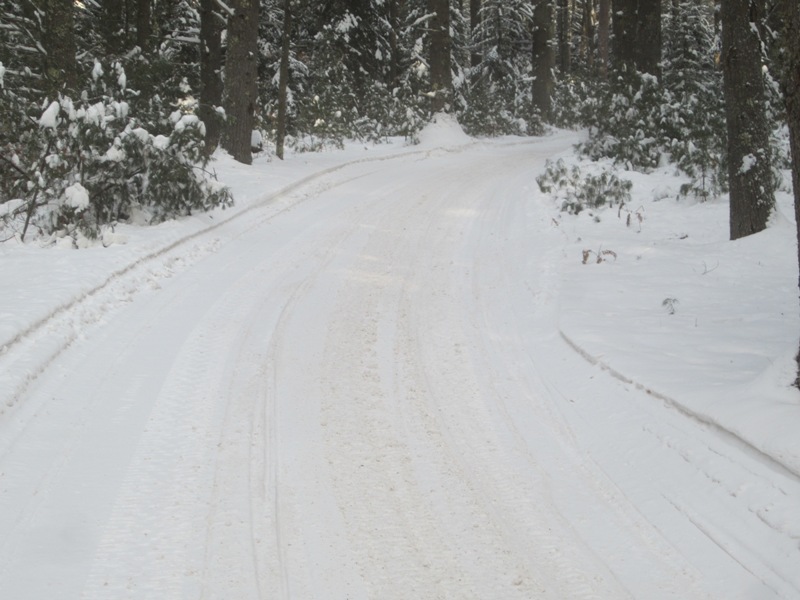 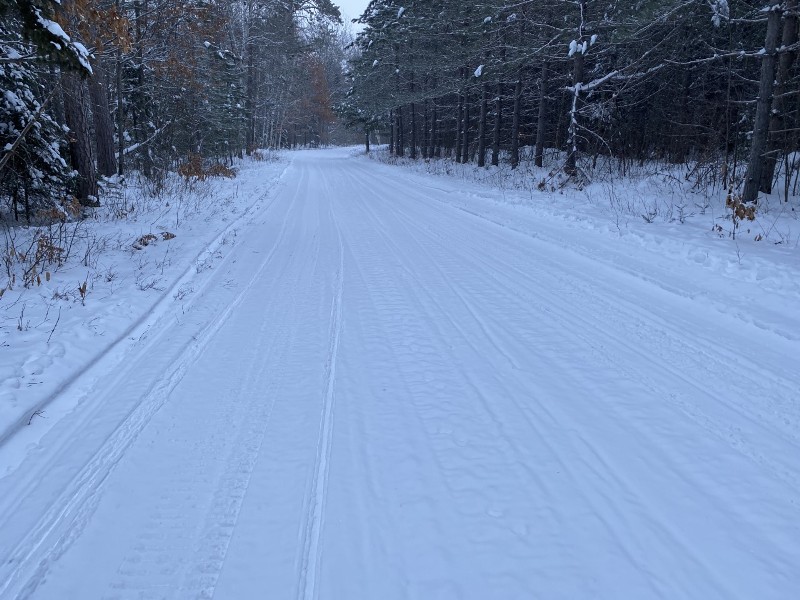 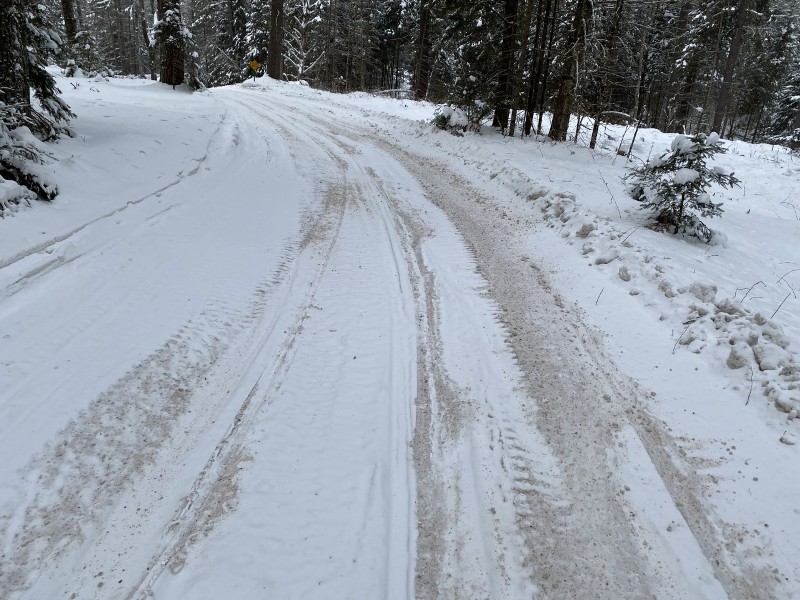 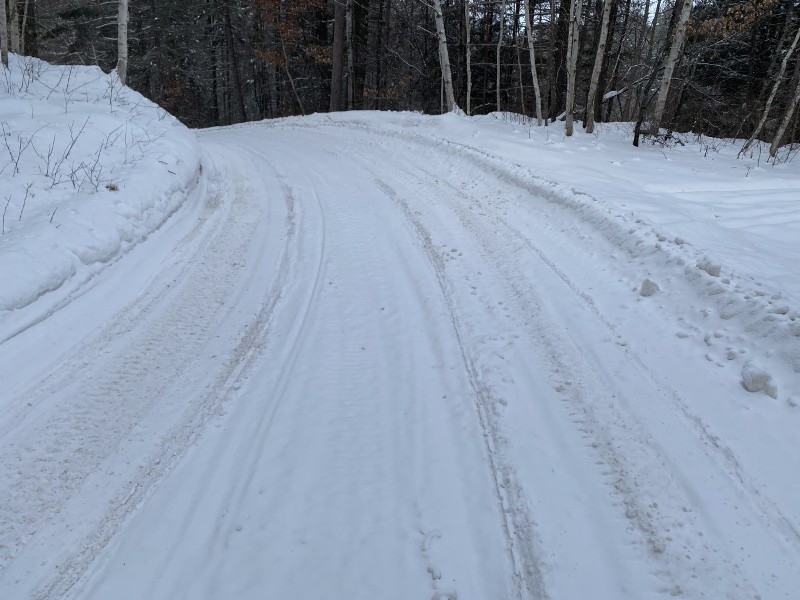