We finally got some snow! A whopping 3 inches. I headed out for a ride hitting some Eagle River, Sayner and St. Germain trails. The Eagle River and Sayner trails I rode had been groomed and were mostly smooth but there are areas groomers weren’t able to completely flatten out the bumps. Most St. Germain trails I rode were groomed. Trails were soft with the new snow. It’s a mixed bag out there. Some trails are really nice with good snow cover while others are thin on snow and getting brown from snirt. A majority of corners are icy and/or thin on snow on the insides so carbides will scrape. Temps are suppose to drop a lot tonight so trails that get groomed tonight and have a chance to set up should be nice tomorrow (until a bunch of traffic goes on them). Any trails that get groomed during the day today will stay in the fair category as they won’t get a chance to set up. With it so soft, a dozen sleds will make it look like the groomer wasn’t even out.

While this snow will help, we could still use more – especially some heavy wet snow.

Note: In the pics some trails will appear whiter than they are due to the new snow. 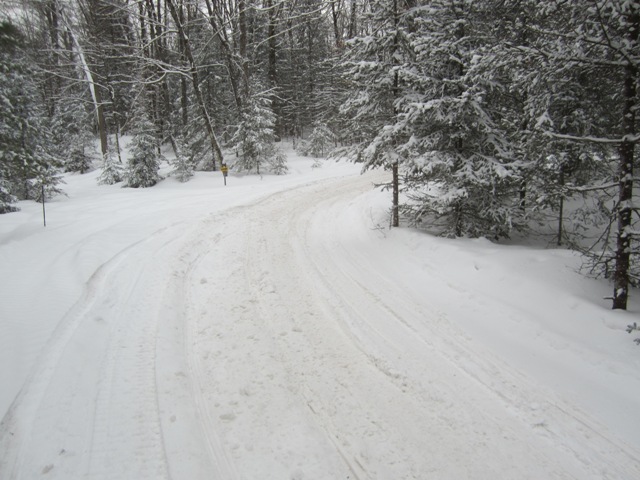 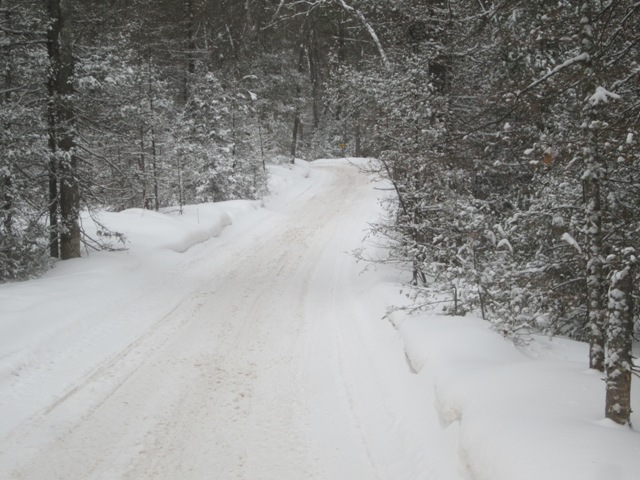 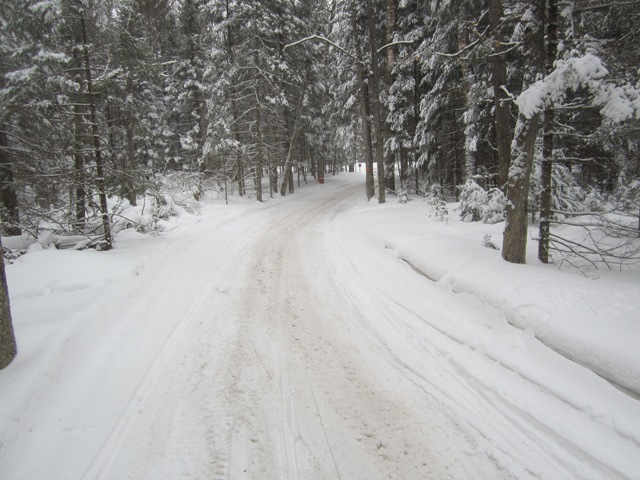 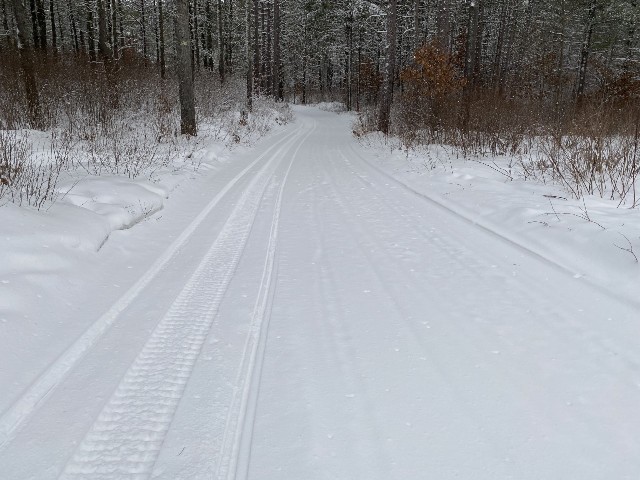 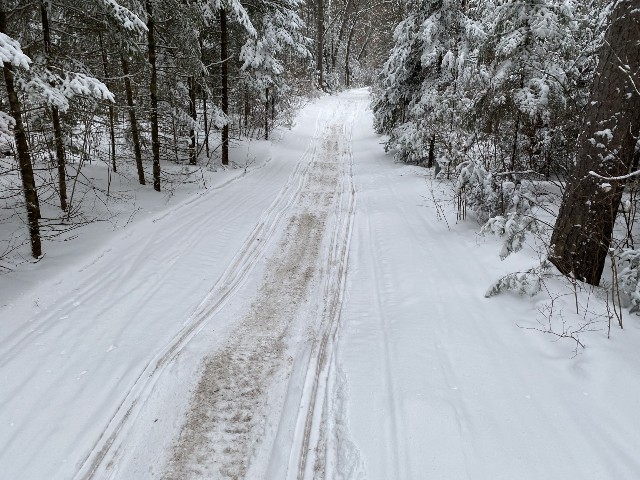