We both headed out headed out for rides hitting some St. Germain, Sayner, Conover, Lake Tomahawk, Arbor Vitae and Eagle River trails. The St. Germain and Conover trails I rode had been groomed and were nice and smooth. Sayner had groomed some of their trails. The groomed ones were nice while the others were bumpy. It looked like Arbor Vitae had groomed a day ago but their trails were still smooth. Lake Tomahawk hadn’t groomed their trails I rode but they were still pretty smooth with some bumps starting to form. The Eagle River trails I rode had been groomed. Some were smooth while others, the groomer wasn’t able to smooth out the bumps so still had them. Plus they dropped the drag so deep in areas to try to knock out the bumps that it left ridges as high as 2 feet of snow and big chunks of frozen snow. Temps finally dropped back into the teens so trails were packed in fairly tight. There are more areas of snirt showing up making the trail brownish but still plenty that are white with good snow cover. More corners are getting pushed out making them icy and/or thin on snow on the insides, but still plenty of them have good snow cover. My carbides scraped a few times on corners but not too much. Once the groomers get out after the weekend, trails will be nice this week and traffic should be light the next few days.

Plowed road trails are the biggest question mark. A lot of them are getting plowed down to almost nothing. There are still some with a decent base but others are getting thin. Carbides are scraping in areas.

Most lakes in the area marked. If a lake is not marked or you’re not sure about the ice, consider it unsafe. Please stay off the lakes until they are safe. Starting to see a lot of slush coming up on lakes. This is mainly off the marked trails so stay by the markers. 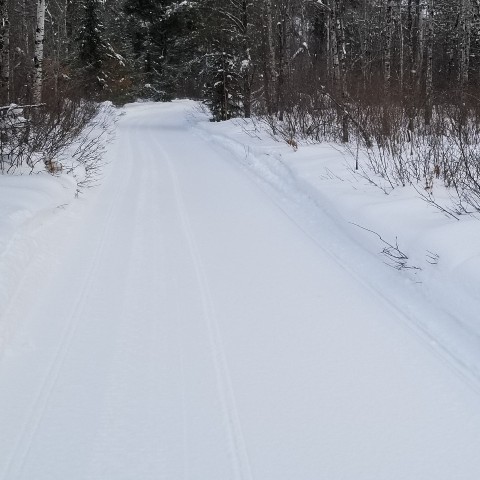 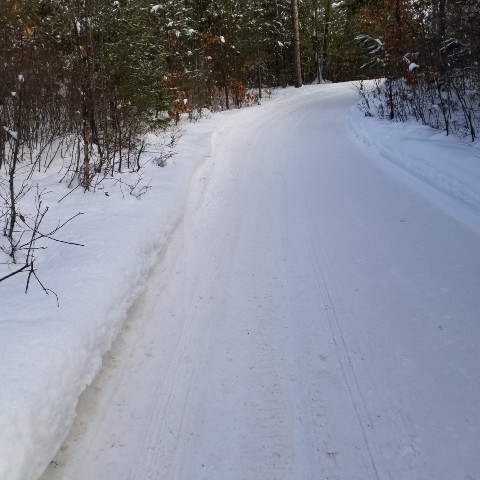 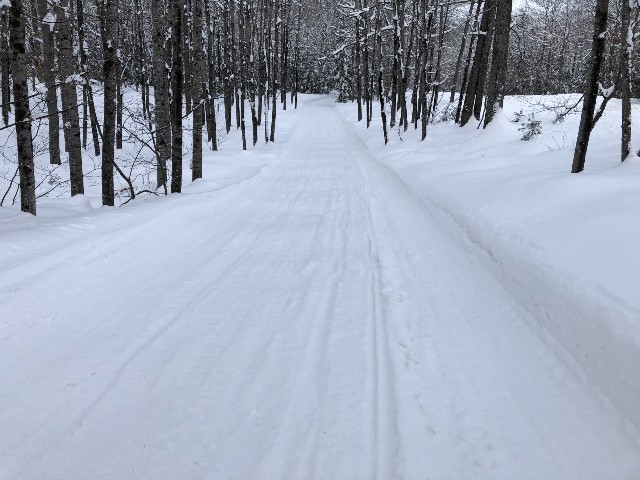 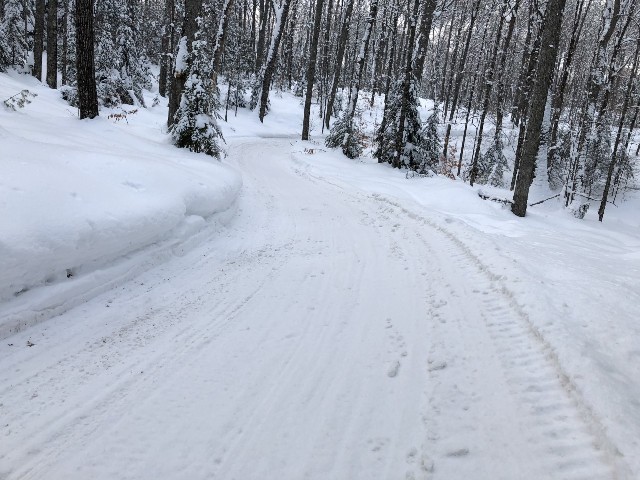 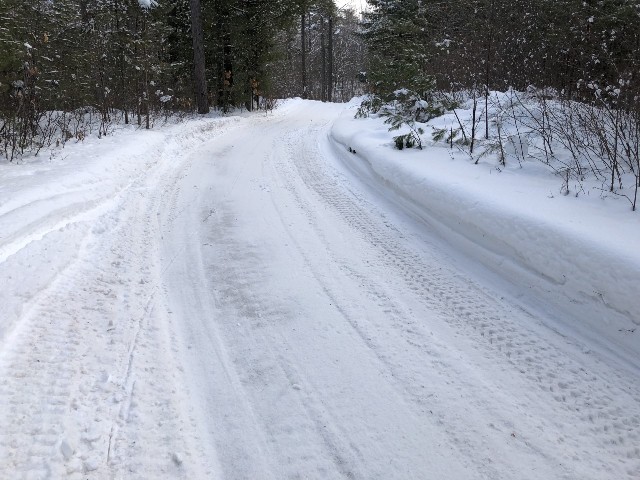