We had some light snow yesterday and last night but only added up to about 1.5 inches. I headed out for a ride hitting some St. Germain, Eagle River, Sayner, Woodruff and Lake Tomahawk trails. I started out on St. Germain trails which were groomed. They were smooth overall with some pushed out corners. Then on to couple Eagle River trails which haven’t been groomed for a couple days. These were nasty – bumpy and most corners were pushed out making them icy and/or thin on snow. Instead of continuing on Eagle River trails I turned onto a couple Sayner trails. These also haven’t been groomed in a couple days so a little better than the Eagle River trails but not much. I continued on more Sayner trails which had been groomed. They were better as there were smooth areas but also stretches that still had some decent size bumps that the groomer wasn’t able to smooth out. I decided to try a woodruff trail. It hadn’t been groomed but was pretty smooth. Since Woodruff hadn’t groomed, I decided to try some Lake Tomahawk trails. They hadn’t been groomed for couple days and were bumpy. After finding that most clubs hadn’t groomed, just decided to head home.

If you ride expect to see a mix of conditions. There are some very good areas that are mostly white with good snow cover. However, majority will be in the fair range with a brownish color from snirt and lots of pushed out corners. These corners are icy and thin on snow so expect to push right through them and scrape the carbides.

Note: In the pics, some trails will look whiter than they are due to the recent snow. 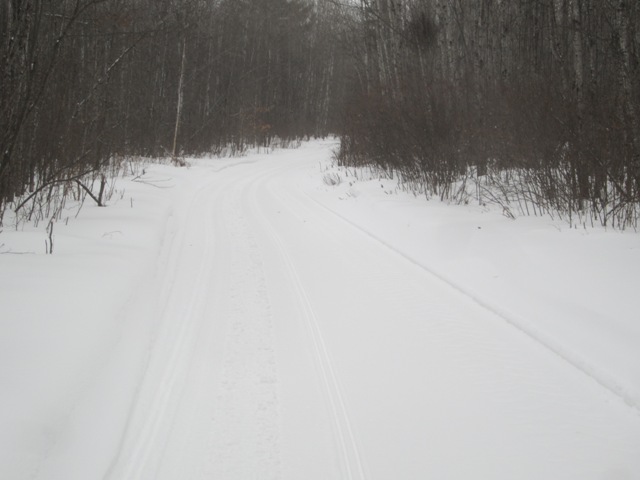 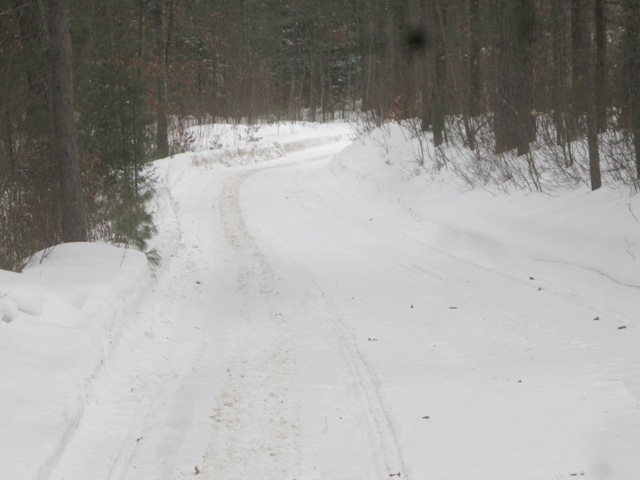 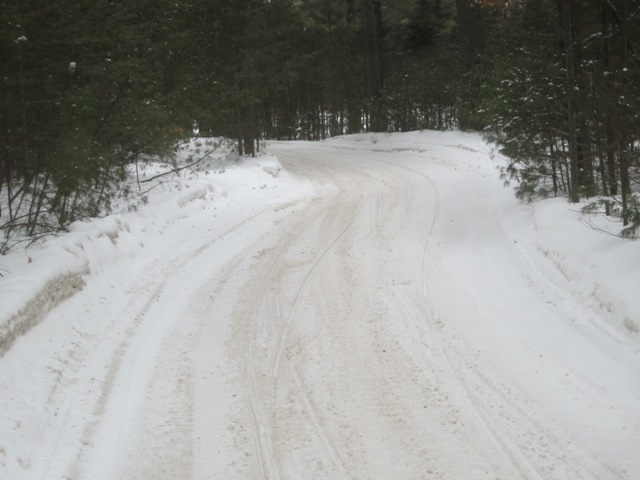 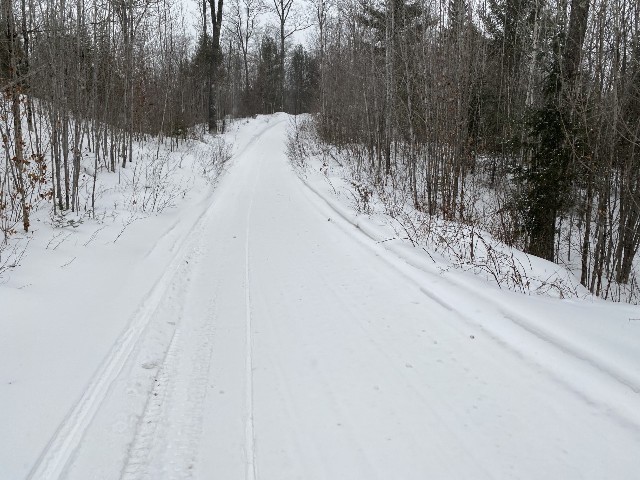 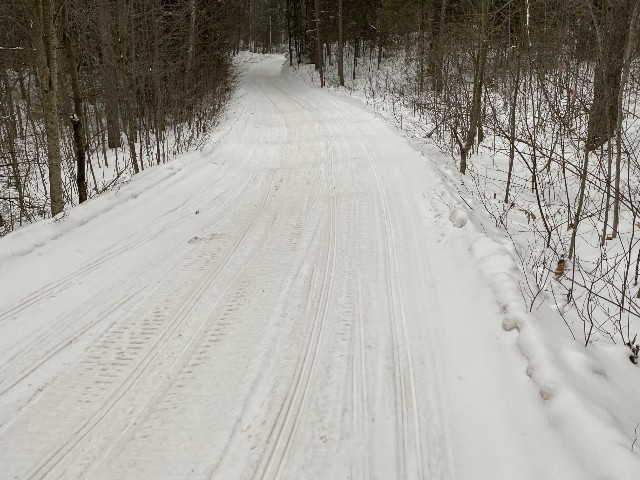