We’ve had flurries/snowshowers last night and this morning which has given us about a quarter inch of snow so far. I headed out for a ride hitting some St. Germain, Eagle River, Lake Tomahawk and Sayner trails. The St. Germain and Lake Tomahawk trails I rode had been groomed. Some of the Sayner ones I rode were groomed while others weren’t. The Eagle River ones I rode hadn’t been groomed. The groomed trails were mostly smooth but still seeing areas where the groomers aren’t able to completely flatten out the bumps. The ungroomed ones I rode ranged from pretty smooth to some small bumps to getting bumpy enough I wouldn’t want to ride them very far. Trails have an icy feel to them do to there being an icy base without much loose snow on top. Seeing more corners that are getting pushed out making them icy and/or thin on snow on the insides. My carbides did scrape on some. There are areas of snirt showing up making the trail brownish but still plenty of trails that are mostly white. I rode some beautiful trails that made me want to turn around and ride them again and then some that were bumpy and I couldn’t wait to get off them.

Plowed road trails are in poor to fair condition. A lot of them are showing areas of bare pavement (from small patches to big spots). The ones I rode had an ice base with some bare spots and very little to no loose snow on them.

The snow showers this morning are a welcome surprise. However,  3-4 inches of new snow would be really nice for the trails. It would freshen things up and give the groomers more to work with.

Note: In the pictures, some trails will look whiter than they are due to the new snow… 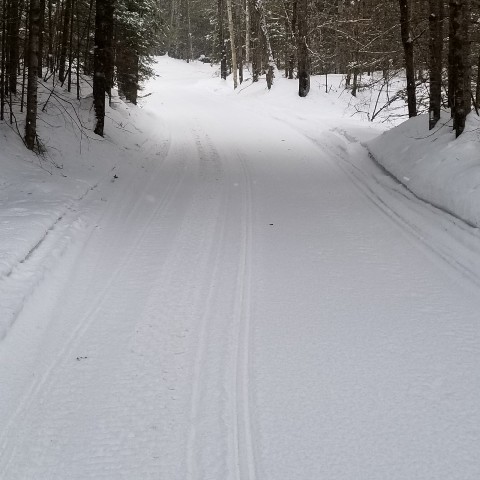 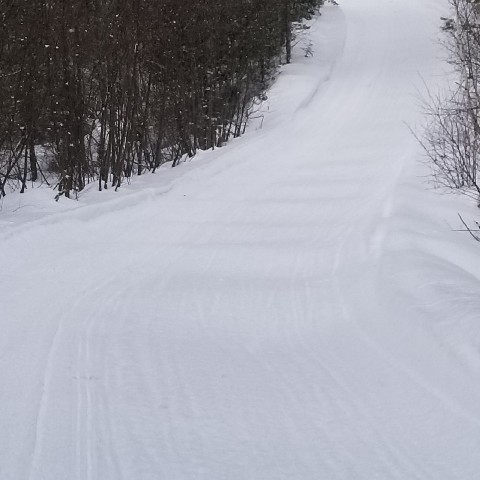 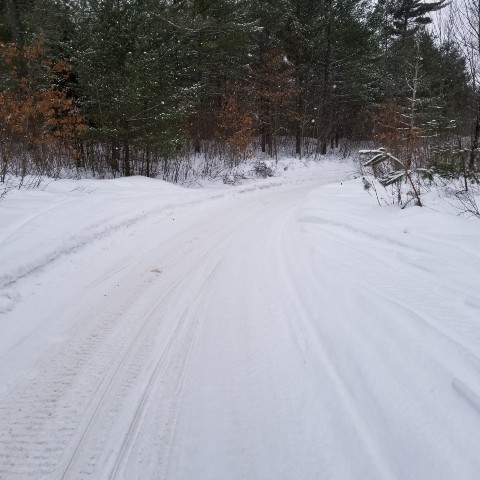 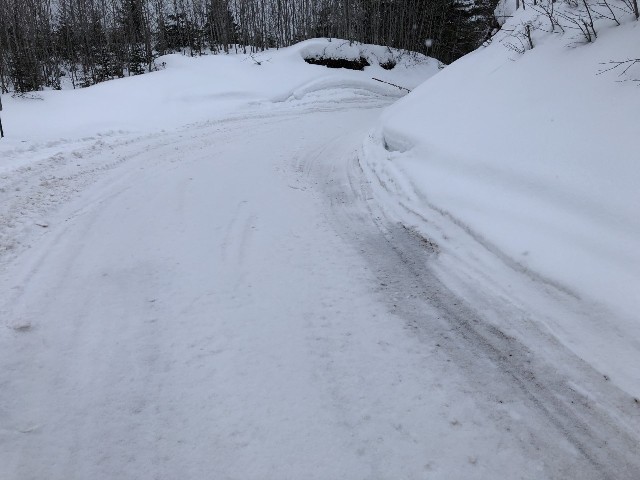 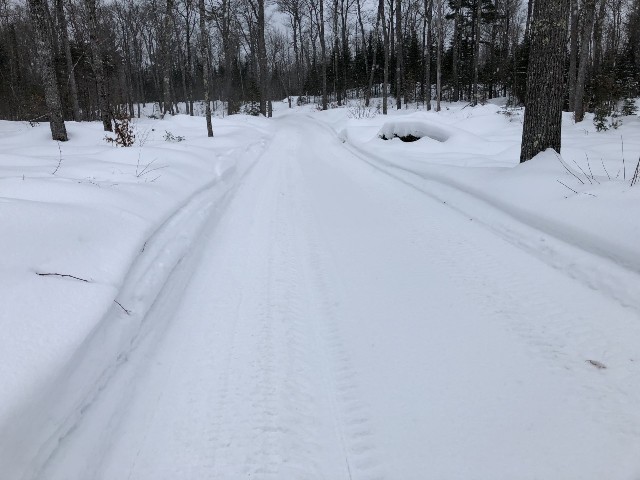 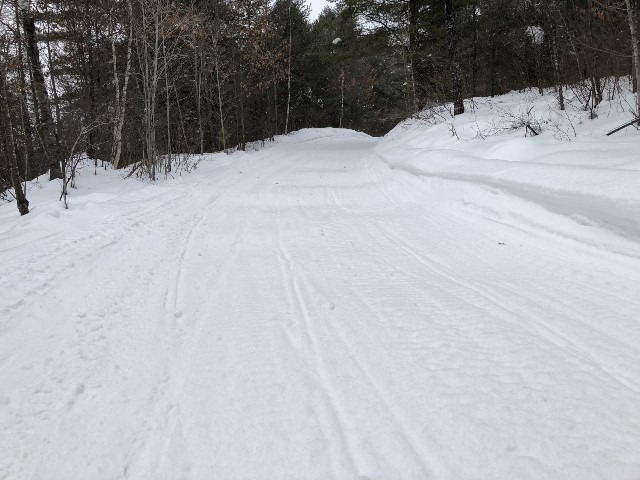 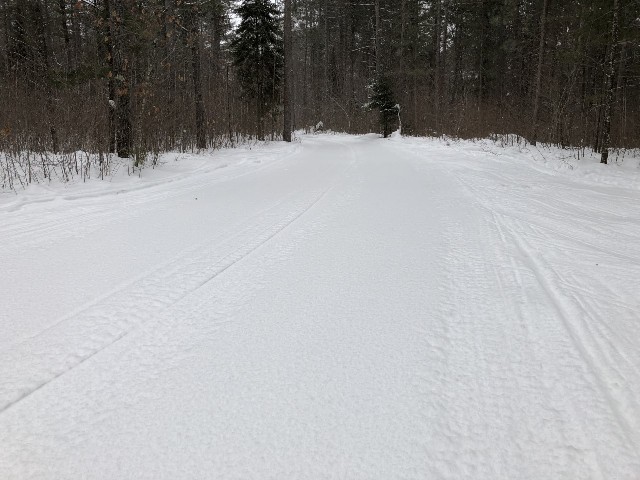 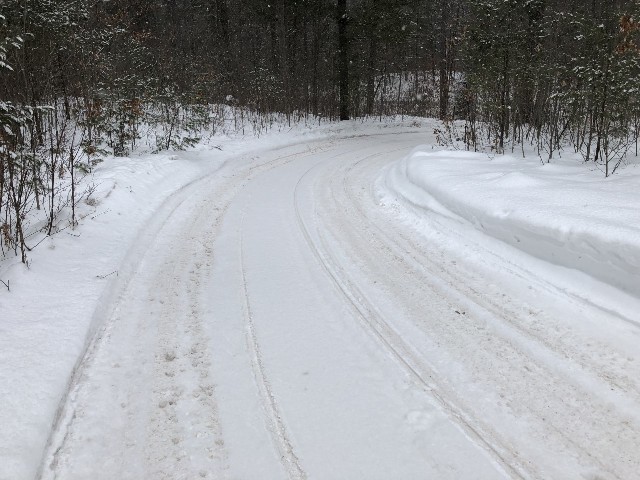