The snow yesterday kept coming most of the day and we ended up getting 7 inches. We both headed out for rides hitting some Sayner, St. Germain, Eagle River and Lake Tomahawk trails. The St. Germain and Eagle River trails were groomed last night. Sayner had groomed some of their trails and were out grooming others (I passed one of their groomers). The Lake Tomahawk ones I rode hadn’t been groomed. Most of the St. Germain trails were smooth – just found a few areas of small bumps. Eagle River’s were fairly smooth but some areas the groomer wasn’t able to completely knock out the bumps so still had some. The same is true for the Sayner trails groomed last night. The ones this morning were rough. Even after the groomer had passed still pretty bumpy as it wasn’t able to smooth out the moguls. Lake Tomahawk trails were bumpy. Since there was some freezing rain over the weekend the snow yesterday was wet and heavy, there are a lot of trees and branches hanging low over the trails. Did see a few puddles but they should freeze up with the colder temps. Some trails had a soft feel while others were packed in fairly tight. Some areas have snirt while others are white and beautiful. Some corners are getting pushed out making them icy and/or thin on snow on the insides. There are some big frozen chunks of frozen snow/slush that the groomer drags left in spots. Traffic is very heavy so expect trails to get beat up as the day goes on.

Trails held up with all the bad weather and now with the new snow will improve with each grooming. I’m going to rate conditions from poor (mainly due to moguls) to excellent. 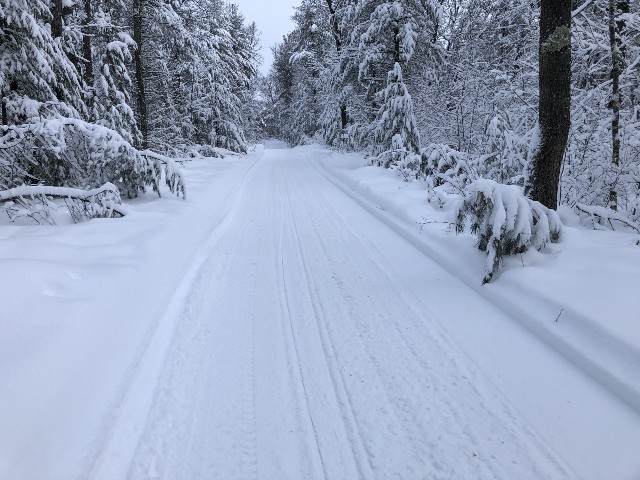 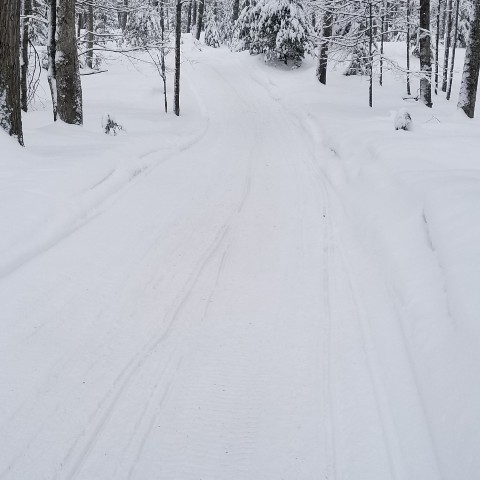 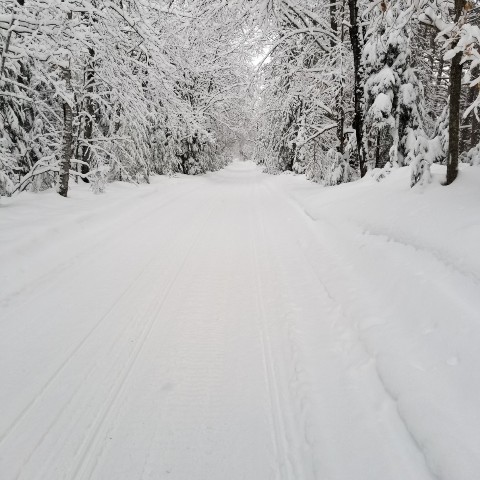 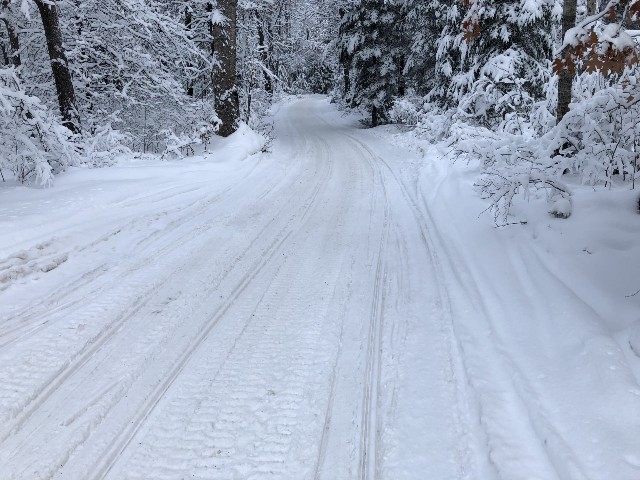