We picked up about 2 inches of snow from last night into this morning. We both headed out for rides hitting some St. Germain, Eagle River, Sayner, Conover and Lake Tomahawk trails. The St. Germain and Conover trails I rode had been groomed. Some of the Sayner trails were groomed. All the groomed trails were smooth overall but were soft and powdery with the mild temps and the fresh snow. The Sayner ones that hadn’t been groomed were still pretty smooth with some bumps. The Lake Tomahawk trails I rode had some bumps but weren’t too bad yet. Eagle River trails were more bumpy.  Most of what I rode was good with some fair areas. There is some snirt in areas making the trail brownish but still plenty that are white with good snow cover. There are some corners getting pushed out making them icy and/or thin on snow on the insides, but majority are still in good shape. My carbides scraped a few times on corners but not too much. This new snow will give the groomers some more to work with.  As long as the groomers keep going out the trails will stay nice. 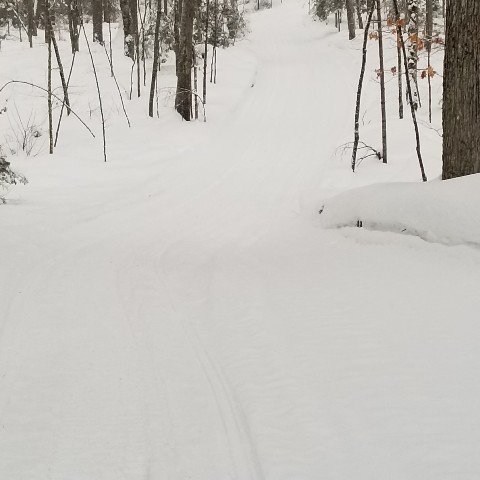 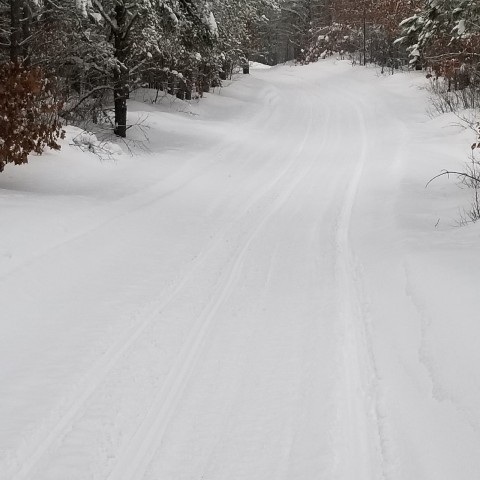 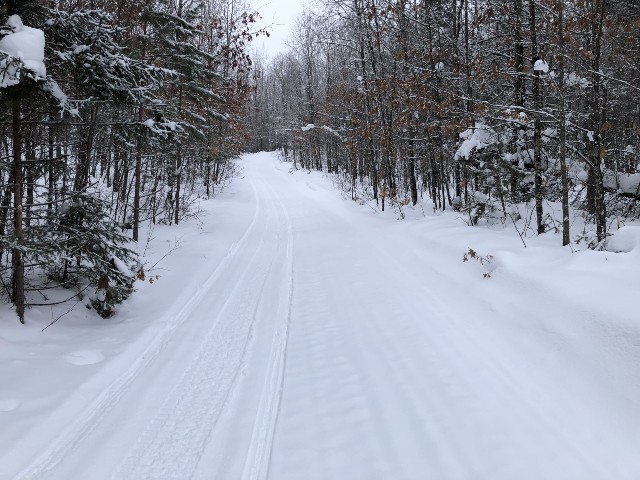 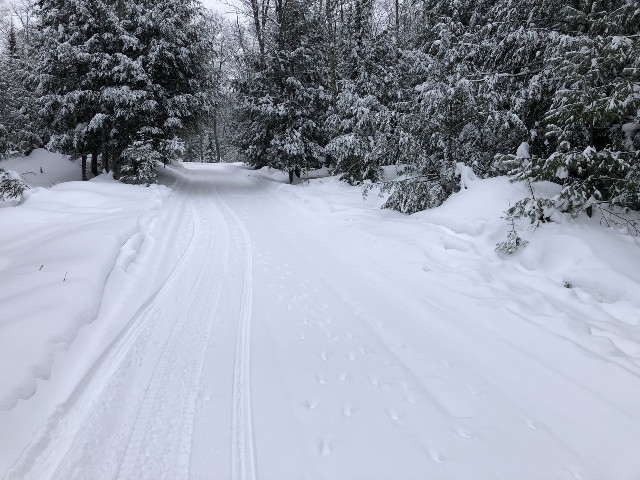 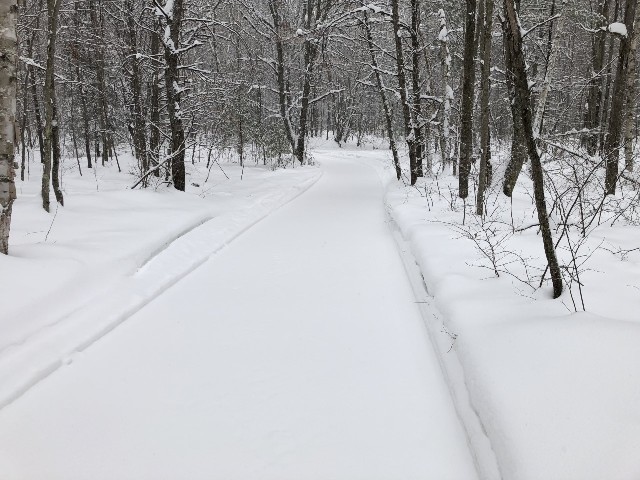