Well, Mother Nature finally unleashed on us giving us 17 to 18 inches of snow in the last 2 days. I headed out for a short ride hitting some St. Germain trails. They hadn’t groomed. We heard that because of all the high winds, drifting, branches/trees down and the berms from plows, clubs are going out grooming in the daytime as groomers are getting stuck and can’t get through some trails. It could take several days for the groomers to get all the trails groomed. Trails are bumpy with all the snow and there were ruts from the sleds that went through the day before. It will definitely take a few groomings to get the trails in better shape. Be careful of branches that have fallen on trails.

Lakes are bumpy and there’s slush coming up in spots. They are all drifts with the wind we had yesterday. 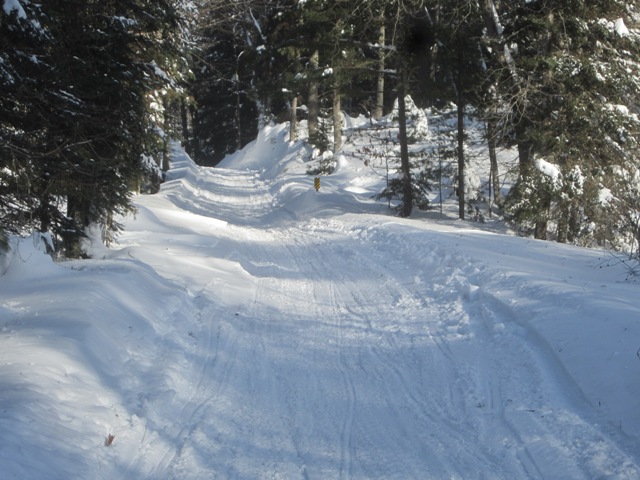 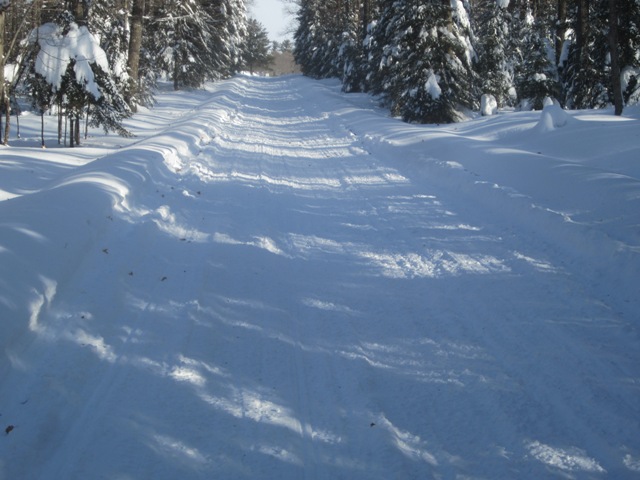 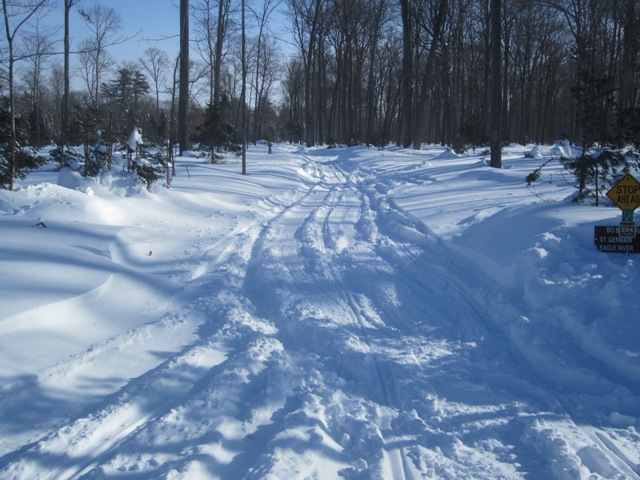 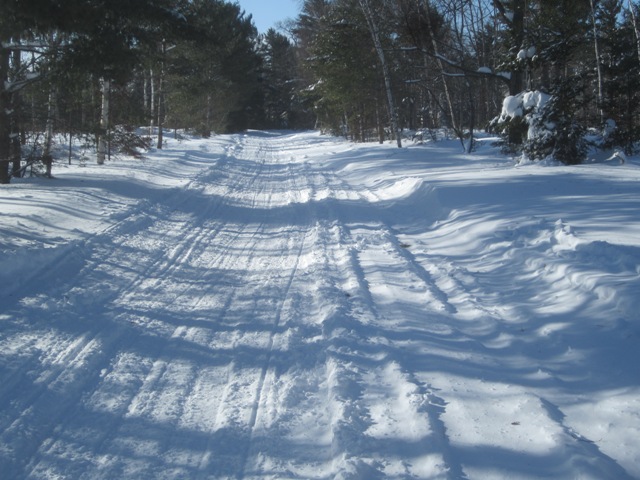