I headed out for a ride hitting some St. Germain, Eagle River, Sayner and Lake Tomahawk trails. The St. Germain trails I rode had been groomed. Some Sayner trails were groomed but others weren’t. The Eagle River and Lake Tomahawk trails I rode hadn’t been groomed. After a weekend of heavy traffic and yesterday warming into the upper 30’s, trails got beat up. Let me just say that there was a big difference between the groomed and ungroomed trails. Between bumps and most corners being pushed out and icy/thin on snow on the ungroomed ones, I couldn’t wait to get off them. The groomed ones were much better but still had some icy/thin on snow corners and some small bumps where the groomer didn’t completely flatten them out. There is a lot of snirt out there so some trails will be brownish to very brown. However, there’s also some areas that are mostly white and have good snow cover. Trails range from poor to very good with most being fair to good.

Plowed road trails are awful. Carbides scrape constantly on them.

We really could use some snow to help the trails out. 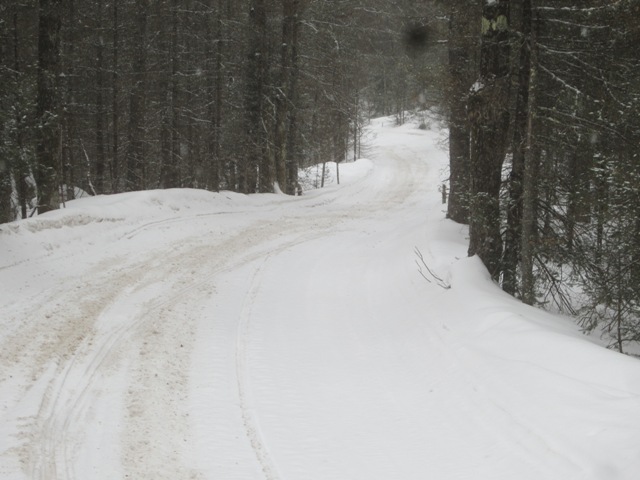 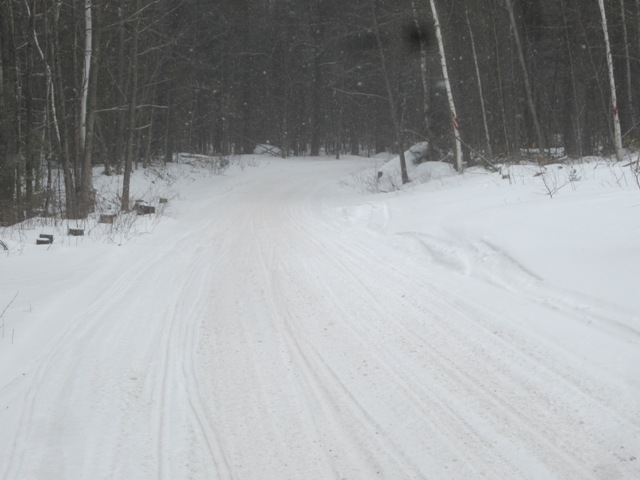 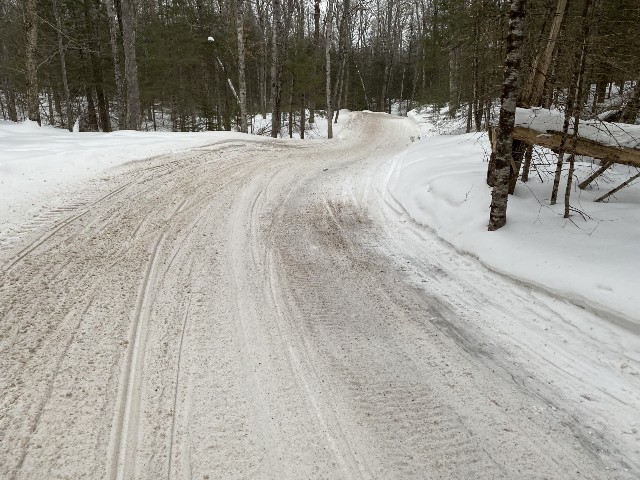 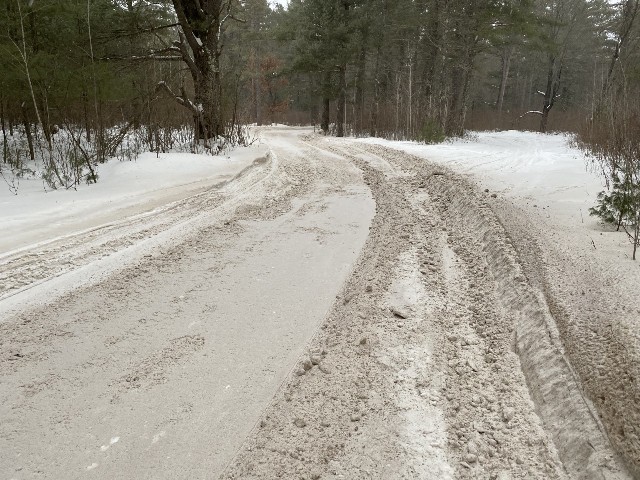 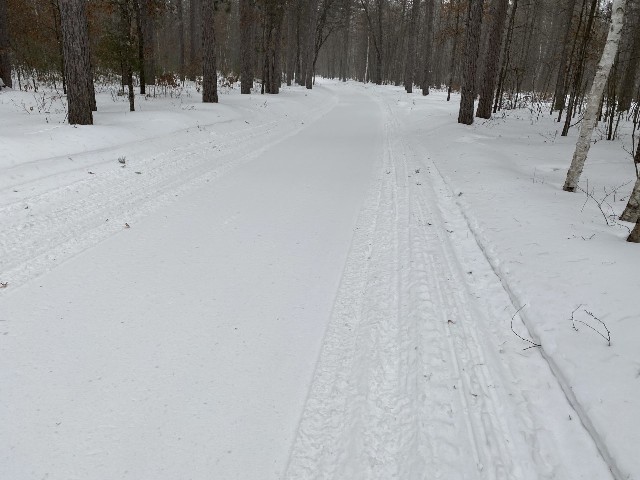