It’s been a long wait looking at all the snow we’ve received in the last month (35 inches) but trails are finally open! I headed out for a ride hitting some St. Germain, Eagle River, Sayner and Lake Tomahawk trails. All have been groomed. Overall trails were smooth. There were some areas where the ground under the snow is rutted or uneven which led to a few bumps but these should be smoothed out with another grooming or two. Trails had a “soft” feel to them – especially the Sayner and Lake Tomahawk trails I rode. St. Germain’s were the most packed in – probably because they’ve been doing a lot of grooming the past couple weeks which is helping to set up the base.

Plowed road trails are decent with most having a hard pack and/or ice base. There are some thin spots where my carbides did scrape.

Lakes are not safe yet so stay off them until they are marked.

Riding is good right now but with the lakes not being safe yet, you’ll have to choose your route a little more carefully. A warm up is predicted for the next week so hopefully it won’t get too warm and we won’t lose much snow. It’s been a while since we had some much snow early in the season so get out and ride. 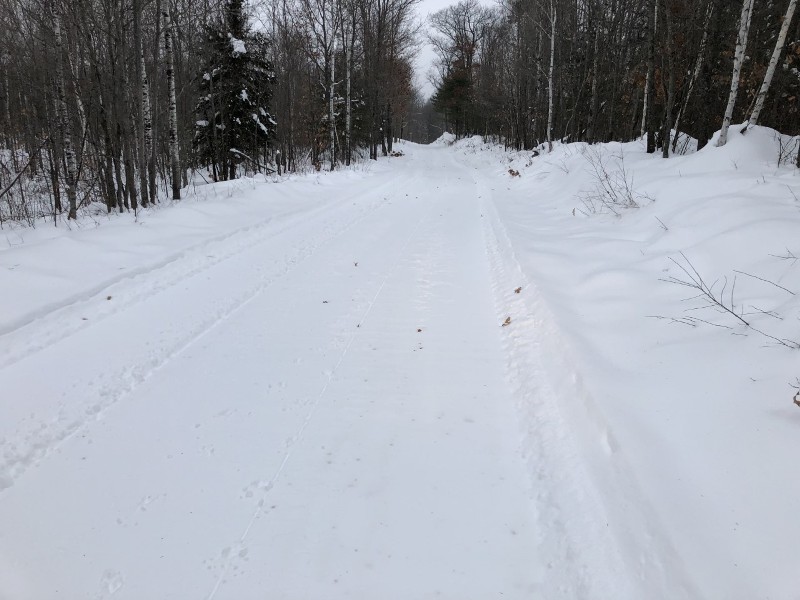 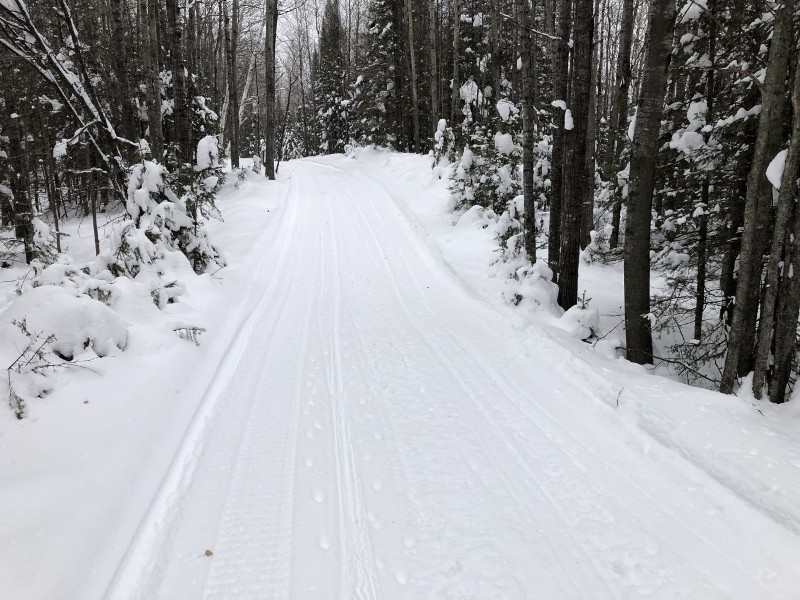